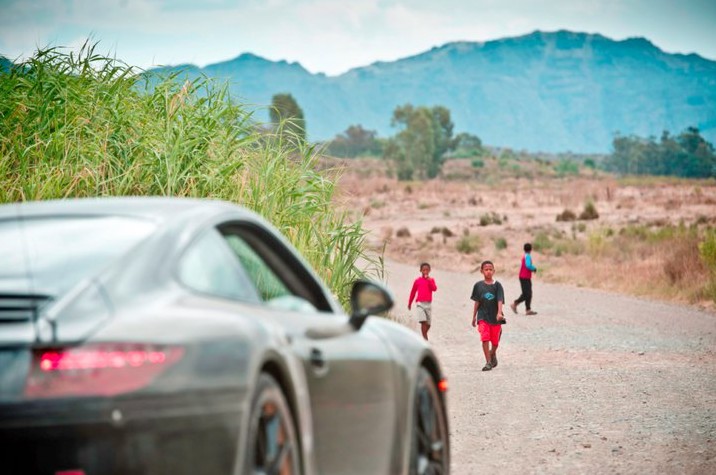 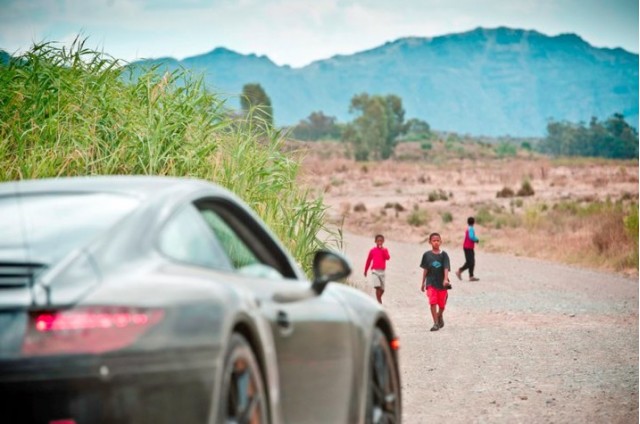 Art students learn that good work is about contrast. Black and white, filigree and shadow, weight and airiness: look at your favorite paintings and photographs, and you'll find that most rely on some kind of tension. Porsche is pushing that tension in a new photo posted to its Facebook page -- and as with much good art, reactions are mixed.

The photo in question is part of a series of images documenting the testing of a new Porsche prototype. The location isn't identified, but it's fairly arid, dusty, and mountainous. And in one photo, we can see three children playing along the dirt road as the Porsche motors by.

Most of the 72 comments on the photo have been positive, along the lines of "Dude!!!" and "AWESOME!!!". But some have been critical, like one commenter who said, "I hope Porsche is giving something to communities like this", and another, who said in Spanish (roughly translated), "Children who may not eat three times a day, standing next to a car that costs more than they would make in a lifetime." Porsche fans have risen to the automaker's defense, insisting that it's an interesting photograph, regardless of the subject matter.

At the end of the day, this pic isn't too different than the ones you're likely to see in fashion magazines featuring well-paid Western models sporting $5,000 suits walking through slums. In fact, this one may be less offensive than those: as several commenters have pointed out, the children are dressed in clean-looking clothes and what appear to be shoes or sandals, too, so detractors are jumping to conclusions in assuming that the children are poor simply because they live in a rural area.

But of course, Porsche is a company looking to sell cars, not controversy; its business is to make money, not political statements. Will Porsche remove the photo to avoid any hint of insensitivity? And more importantly: should it? Feel free to weigh in with your own opinion below.