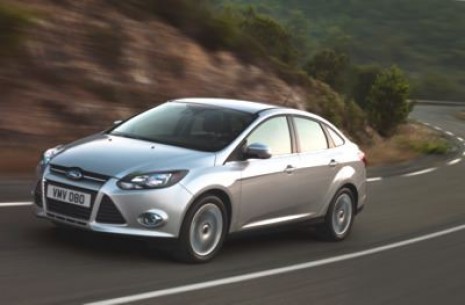 New-vehicle sales numbers for June are nearly complete, and for the Detroit-based automakers--and the Korean dynamic duo--it's almost all good news.

With annualized sales coming in at about 12 million units, well below May's results, the sales month didn't finish as strongly as expected. However, analysts still think by the end of the year, car sales still could approach 13 million units,  a number that would allow the word "recovery" to begin to filter in through automotive news channels.

Of the automakers seeing more sales pain, Toyota and Honda clearly were affected by the cuts in output related to the March 11 earthquake and tsunami in Japan. Both automakers expect to be back to full line speed by the end of summer, considerably earlier than they had predicted in the wake of the disaster.

Otherwise, June car sales represented near-unanimous increases. The results by automaker, with some still to come:

General Motors: GM says it sold 215,358 vehicles in June, up 11 percent over June 2010. Chevrolet's boost was identical; Buick rose 13 percent and GMC was up by 15 percent, but Cadillac fell 8 percent.

Ford: Ford sold 194,114 cars and trucks, an increase of 14 percent. The Focus and Fiesta each are up more than 40 percent; the 2011 Explorer has raised its retail sales by more than 250 percent, a resounding revival of the nameplate from its recent sales travails. Ford says its Lincoln brand also fared well in June, with sales up 17 percent.

Chrysler: The Chrysler Group reported sales of 120,394 units in June, up 30 percent, and its best June since 2007. The Grand Cherokee is up 208 percent; the Ram 1500, 35 percent. Chrysler says every Jeep and Ram vehicle line was up in June, but the loss of products at the Chrysler brand has trimmed its sales once more.

Hyundai: The Korean automaker's sales were up another 16 percent in June, with total volume of 59,209 units. It's the sixth sales record in a row for Hyundai.

Kia: Like its cousin Hyundai, Kia sold more cars in June 2011 than a year ago--strikingly more. Kia sales were up 41.2 percent at a total of 45,044 units, largely behind its new Sorento, Soul and Optima.

Mitsubishi: Mitsubishi reported June 2011 sales of 8,299 units, which it says nearly doubled its June 2010 sales with an increase of 97.7 percent. The majority of sales increases have come from outgoing products like the Endeavor, Galant and Eclipse.

Suzuki: Suzuki sold 2278 vehicles in June, an increase of 12 percent. On the year, the brand is up 16 percent.

Saab has not yet reported June sales.