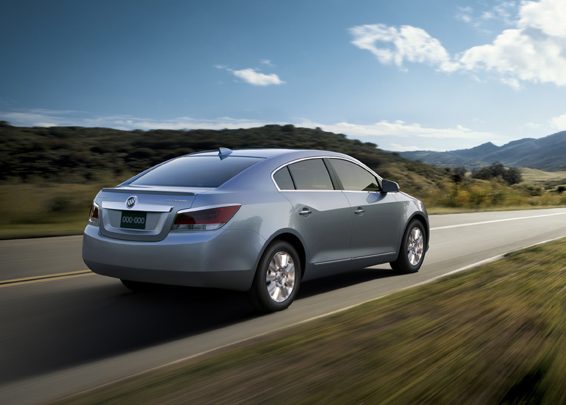 If you’re in the market for a 2012 Buick LaCrosse, there’s good news on the horizon: the 2012 model will benefit from the same engine upgrades as the 2012 Chevrolet Camaro V-6.

LaCrosse buyers opting for the V-6 version will get a 3.6-liter engine rated at 303 horsepower, which is an increase of 23 horsepower over last year’s V-6.  Fuel economy, however, remains unchanged at 17 mpg city and 27 mpg highway.

How did GM’s engineers deliver the best of both worlds? First, the engine is some 20 pounds lighter than the one it replaces, thanks to an integrated cylinder head and exhaust manifold, a composite intake manifold, a light-weight front cover and lightened connecting rods. It’s also better-breathing thanks to a revised intake port design and larger intake valves. Longer duration camshafts help with the horsepower gain, and the more efficient combustion generated by the engine’s design produces fewer emissions compared to the outgoing V-6.

The engine carries over direct fuel injection, which further reduces hydrocarbon emissions by as much as 25 percent on cold starts. The fuel pump and the fuel rail are new designs for 2012, and both are designed to be quieter than the components they replace.

As any Buick buyer will tell you, noise isolation and ride comfort continue to be the hallmarks of the brand.

Look for the 2012 LaCrosse to hit dealer showrooms later this summer in front-wheel-drive versions. An all-wheel-drive LaCrosse, which will also use the 3.6-liter V-6, is expected to hit dealers later in the year.