Pickup Vs SUV: Which Is The Safer Choice?

Recently we reported on a new Insurance Institute for Highway Safety (IIHS) study that compares the relative safety of SUVs and passenger cars—and finds that SUVs are now the safer choice. Adjusted fatality rates are about 50 percent lower overall for them than for passenger cars.

After reading that piece, Boyd Miner in Gray Court, South Carolina, wrote us to ask about how pickups stack up, comparatively—especially when looking at full-size pickups like the 2011 Dodge Ram 1500 Crew Cab.

Unfortunately, we don't have such a clear, general answer for Mr. Miner, or other shoppers who are debating between a pickup and an SUV—or to those curious about whether they might be safer in a pickup versus a car.

Looking at driver deaths per million registered vehicle years—adapted for how far vehicles are driven—pickups in the 3,000-pound to 4,000-pound range (unladen) are still considerably more dangerous than passenger cars and SUVs. As soon as you get over 4,000 pounds and into full-size pickup territory, trucks are about on equal ground with cars (38 overall, versus 41 for cars and 30 for SUVs). Getting even heavier, to the 4,501-pound-and-up range (where there aren't enough cars, statistically), SUVs are significantly safer than full-size trucks of the same weight (20 for SUVs, versus 49 for pickups, in the over-5,000-pound category).

So one generalization is that large, heavy pickups tend to be safer than passenger cars, even including the heaviest passenger cars.

But there are plenty of confusing numbers in tackling the SUV-versus-pickup question. For instance, the Nissan Armada 4WD has one of the lowest rates of driver deaths of any vehicle—a statistical round to zero—yet the Nissan Titan Crew Cab 2WD, which is structurally related to the Armada, has the second-highest fatality rate of any vehicle, after only the Nissan 350Z, and in the company of risky rides like the Chevrolet Aveo and Cobalt. Even among large pickups, there's lots of variance, with the Titan having well over a hundred deaths per million vehicle years and the Toyota Tundra having just 23 (the Dodge Ram 1500 that Mr. Miner inquired about has a slightly riskier rate of 40). All the data is from 2005-2008 models in the 2006-2009 calendar years.

According to the IIHS, much of the difference between SUVs and pickups (and probably, the difference between the Armada and the Titan) comes down to one important safety feature: electronic stability control (ESC), which can smartly prevent regain control during a skid, or prevent one from happening altogether—and preventing a deadly rollover. 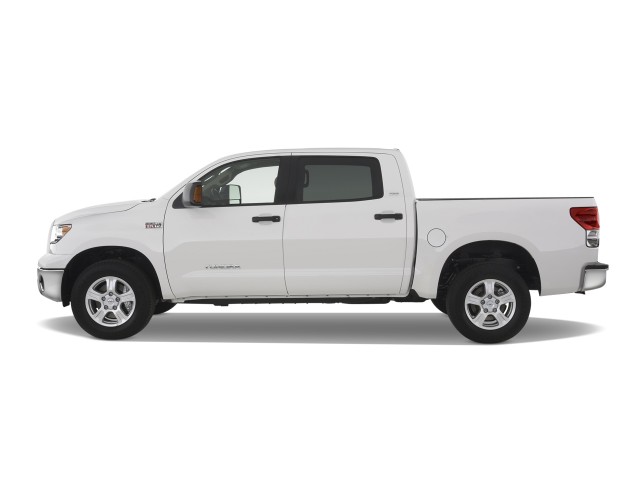 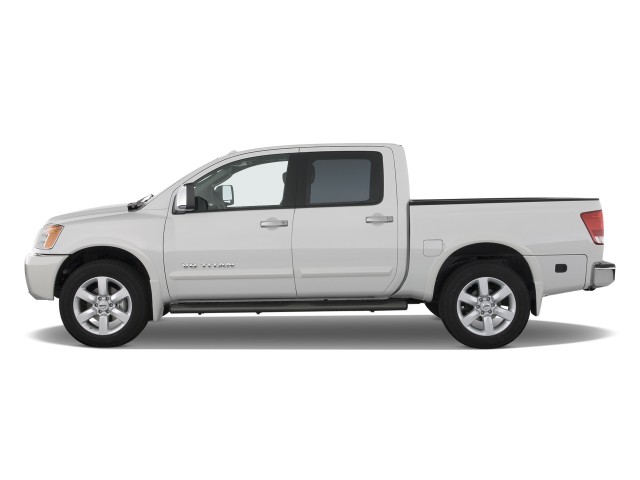 Rader points to an abrupt improvement in the Toyota Tundra's record as soon as Toyota made electronic stability control standard: "Single-vehicle rollover deaths were essentially eliminated in the Tundra," he said. Even on models where stability control was available, take rates have been extremely low, Rader said.

According to the IIHS, all these figures were adjusted for age, gender, and rural versus urban environments. "Still, it's not possible to dial out all factors, so some of it is how and where pickups are driven," said Rsder. There's also the difference in vehicle tuning—especially comparing a pickup to a more carlike crossover SUV that's been optimized for emergency maneuvers with passengers, versus long-haul load-bearing.

In addition to the ESC factor, the types of people who buy Nissan Titan trucks might be far different than the types who buy Toyota Tundras. The Titan, certainly, is only offered with a V-8 and is marketed more toward personal and recreational use. What's more, perhaps Titan owners are more likely to heavily load (or overload) their trucks.

"The adjusted driver death rates do a better job of teasing out differences among vehicles, but they can only go so far," said Anne McCartt, the Institute's senior vice president for research. "For one thing, people don't behave the same when they're behind the wheel of a sports car as when they're driving a minivan. And some people are more susceptible to injury and death for reasons that can't completely be adjusted for."

One other point, which the IIHS points out in its latest Status Report newsletter, accompanying these results, is that while there's no doubt that electronic stability control systems—now included in all trucks and SUVs—are saving lives, their benefits are much greater on some models than on others. For instance, the IIHS companion organization, the Highway Loss Data Institute (HLDI), found that stability control was linked to a 44-percent reduction in claims for the Toyota 4Runner yet just a five-percent reduction on the also-tall Honda Element. Overall, stability control does reduce fatal single-vehicle crash risk by nearly 50 percent.

We're eager to see how the numbers improve for pickups—and how many lives are saved in the process.

To sum, while absolute crash-test protection, size, and weight are factors, the use of the vehicle can complicate our ability to simply hold one model up to another. Be sure to check IIHS and NHTSA crash-test ratings as a starting point, but don't hesitate to consider fatality rates and the true history of the model as well. And keep the comments and questions coming—thanks!