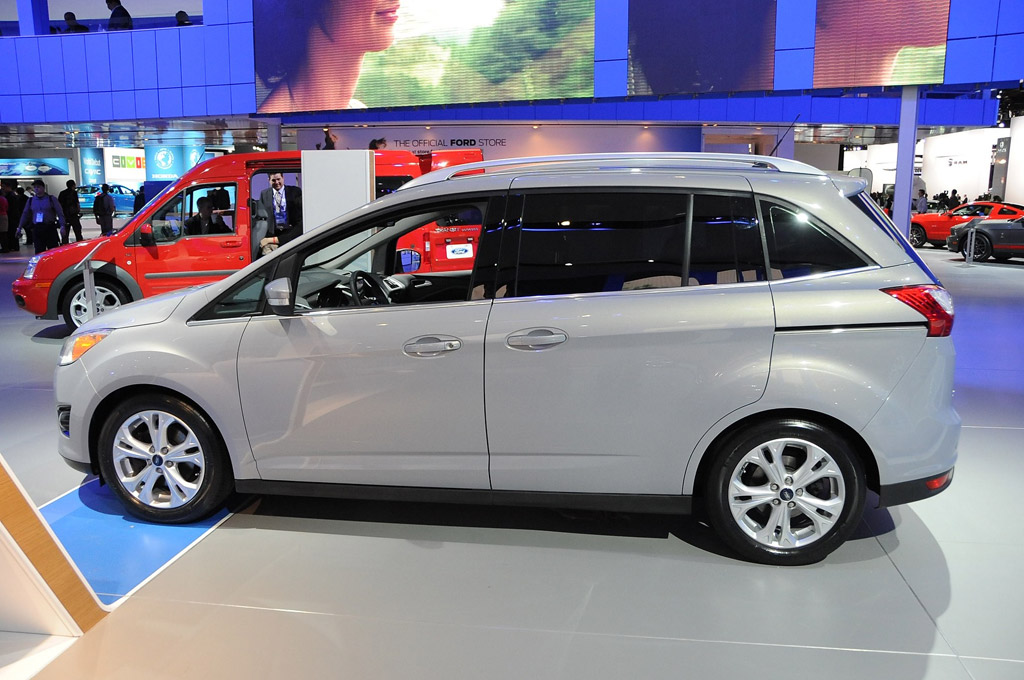 Late last year, Ford said it would bring to market its first minivan since the mid-2000s in the form of the C-Max, a seven-seat van with some running gear in common with the 2012 Mazda 5.

That plan is now inoperative, says Ford spokesman Mark Schirmer, who confirms the three-row C-Max has been dropped from the North American product plan.

The minivan version may be off, but Schirmer says the two-row C-Max Hybrid and plug-in hybrids announced at the Detroit auto show are still planned for an introduction in 2012.

In fact, Schirmer says, Ford feels the move to drop the three-row van could boost the image of the incoming C-Max, since it now will be a hybrid-only product, with a unique body style, more in the vein of the Toyota Prius.

"This will be a real positive for the C-Max brand," he said.

The news comes as Ford is touting its future hybrid build capacity at a press conference in Dearbon, Michigan. By 2013, the company says it will be able to build 100,000 electrified vehicles each year.

As for future minivan product plans, Schirmer adds, "we never close the door" completely on bringing over the C-Max, but notes Ford's abundance of three-row utility vehicles, including the hot-selling 2011 Ford Explorer and the Ford Flex / Lincoln MKT duo.

The seven-seat C-Max will continue to be sold in Europe and other markets.