Mitt Romney, Are You Listening? For 2012, Dust Off The AMX 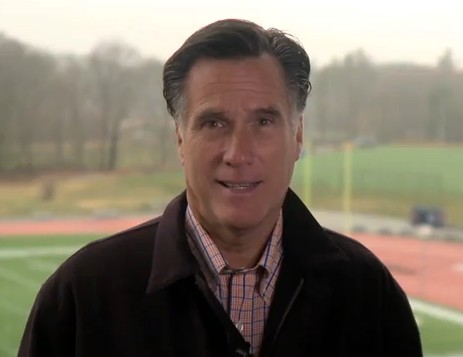 Republicans right and right are tossing their hats into the ring for the 2012 presidential election, but none are more intimately connected with the auto industry than Willard Mitt Romney.

Given his family history in the auto industry and in Michigan, it's almost shocking that Romney stands almost no chance of taking Michigan's electoral votes, if he were to win the GOP nomination for 2012.

It's not just that Michigan has been trending steady Democratic in recent presidential campaigns. Romney's an avid right-to-work candidate who rather infamously told the world--via the New York Times--to "let Detroit go bankrupt."

That sentiment's not taken too fondly in Motown, where the current White House admits taxpayers will lose up to $16 billion on loans granted to GM and Chrysler to save their businesses from implosion in 2009. Even though it bypassed the usual proscribed legal channels for bankruptcy and won't turn the promised profit, the GM and Chrysler bailout loans stabilized the industry and kept Detroit from sinking into an even deeper socioeconomic hole.

It's a different era--far different from the one in which Romney's father, George Romney, fused Nash and Hudson together into American Motors. With the given of all-union factories all within a neat radius of downtown Detroit, Romney, as CEO of AMC, pitched a new era of compact, gas-saving cars that were the only chess move possible for his underdog company and its meager resources.

The resulting Rambler was a hit. Romney even appeared in AMC ads to hawk the cars, which were distinctive enough to compete with the Corvairs and Falcons of the day. But when Romney left to join national politics, losing out to Nixon for the 1968 Republican nomination, his beloved AMC lost out too. It eventually turned away from his Ramblers to build Gremlins, Pacers and AMX muscle cars in a desperate attempt to stay culturally relevant.

With the electoral map in 2012 about as stable as warm gelatin, Romney can't afford to write off any big industrial state--least of all, the one where he has name recognition. So here's our recommendation, and it's an easy one.

Instead of leaning on past glory in Salt Lake and at Bain, rather than flip-flopping on your mixed record in Massachusetts on gay rights, healthcare, and the Detroit bailout, make it simple.

Bill Clinton famously drove a Mustang and used its rebel image to add luster to his campaign. Obama's Chrysler 300 certainly didn't hurt him, or Chrysler, for that matter.

If you want to lure in the hipster youth while tugging at the heartstrings of retired UAW workers everywhere, pick up a clean, mean example of something like the 1978 AMX in the ad below, and drive it everywhere.

A beater GM truck got Scott Brown elected to the Senate. Maybe an AMX can mint a Mitt miracle.