Toyota Corolla Matrix May Be Living On Borrowed Time 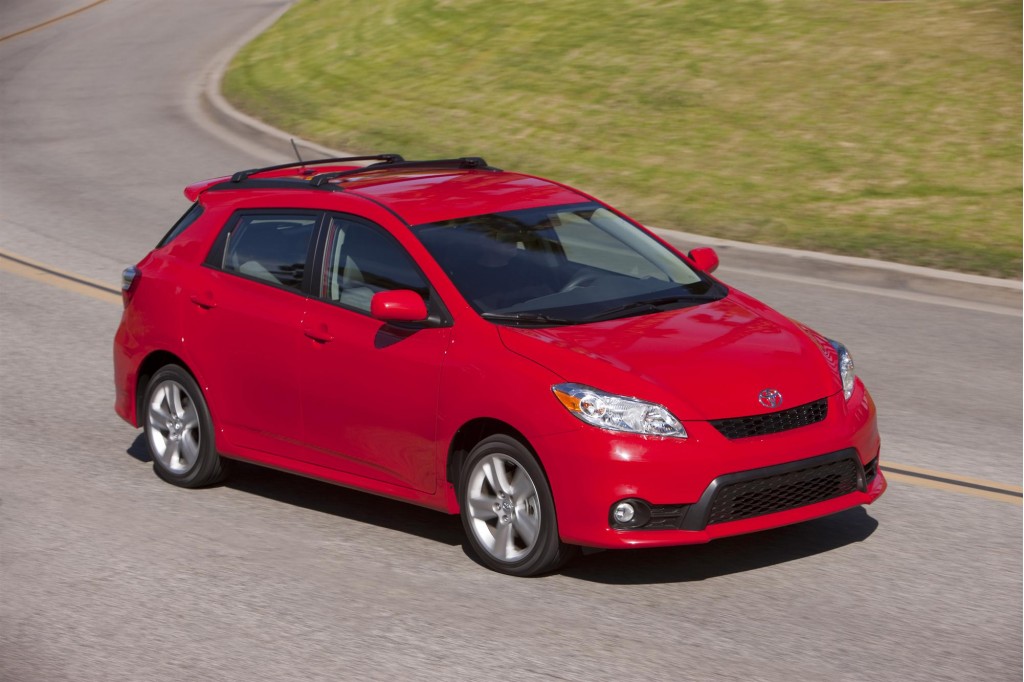 If you’ve been longing for a Toyota Matrix, you may not want to put off buying one all that much longer. Toyota is set to introduce a new Corolla sometime next year, and the automaker hasn’t made up their mind if a new Corolla will bring with it a new Matrix. The Matrix utilizes the current Corolla sedan’s platform, so a significant change to the Corolla could signal the end of Toyota’s C-segment five door hatchback.

Launched in the U.S. as a 2002 model, the Matrix initially sold well, with Toyota racking up sales of 66,836 units in the first year. Sales in the U.S. market have steadily declined since then, and even a 2008 refresh wasn’t enough to drive them significantly higher. Toyota sold 49,567 in the year following the launch of the latest model, but sales dropped to 26,121 units in 2009 and plummeted to 14,492 units last year.

Historically, the Matrix has sold well in Canada, thanks in part to its available all-wheel drive. Even that may not be enough to justify a redesigned Matrix, as sales in Canada have recently lost ground to the Corolla, which outsold the Matrix by nearly 2.5 to 1 through April of this year. If sales remain steady for the remainder of 2011, Toyota will sell less than 30,000 Matrix hatchbacks in the U.S. and Canada, and that’s simply not enough volume to justify the expense of a redesign.

On the other hand, the Matrix has proven itself a survivor, and this isn’t the first rumor of its pending demise. Sales of Ford’s new Focus hatchback are up (and amount to 43 percent of Focus sales year to date), so there’s clearly life in the segment for the right vehicle. Other competitors, including Hyundai, Volkswagen, Mazda and Subaru all offer hatchback or compact wagon choices, so it may come down to this: unit sales aside, can Toyota afford not to have a segment offering?