Studies Prove The Obvious: Commuting Is Bad For You 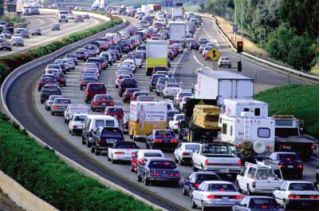 This just in: the longer your daily commute, the less likely you are to be happy, healthy and even married for any length of time.

A new study by researchers at Umea University in Sweden proved that commuters who drive more than 45 minutes each way are 40 percent likelier to divorce than those with shorter commutes. The study failed to identify reasons for this, but those of us who’ve experienced commutes from hell know the reasons all too well: commuting leaves you drained, stressed and robbed of time to do things that matter, like exercise, interact with loved ones and even focus on life at home.

Research on the effects of commuting is nothing new, and studies have previously linked long commutes with pain, stress, obesity and general dissatisfaction with life. One recent study showed that 40 percent of employees who spend 90 minutes commuting home from work worried about their drive home for much of the day. Most of those with a commute of 10 minutes or less didn’t worry at all, and the study concluded that workers with long commutes felt less rested and experienced less enjoyment from life. Put another way, those with long commutes often experienced signs of depression.

Another study showed that long commutes often lead to social isolation, and even went so far as to quantify the result: for every 10 minutes spent commuting, an employee makes 10 percent fewer “social connections,” or interactions with friends, family and co-workers. This particular study equated higher social connections with happiness and fulfillment, so it essentially proved that long commutes make one unhappy and unfulfilled.

Long commutes are often the byproduct of real estate prices. Jobs are usually located in urban centers, and urban real estate is expensive; hence, for the price of a studio apartment downtown, you can often buy a three bedroom house in a distant suburb. For some, it’s about the quality of suburban or rural life versus urban life, where things like cars and motorcycles are liabilities and not assets. Surely there has to be a break-even point between commuting distance and income, right?

There’s a study on that as well, and its conclusion isn’t good news for those with long commutes. To justify an extra hour of commuting time, your salary would need to rise by 40 percent just to break even. Factor that in the next time you get a job offer that pushes the limit of what you’d consider a reasonable commute.