May Car Sales A Mixed Bag: Toyota, GM Down; Ford Even; Chrysler Up 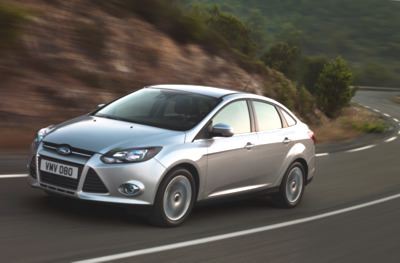 New-vehicle sales for May are rolling in today, and the overall numbers are mixed as automakers absorb the double whammy of fewer cars to sell, and lower incentives cutting into demand.

Reuters estimates the annualized rate for sales in May will check in around 12.6 million units, a strong increase over 2010, month over month--but the first month this year in which sales didn't clear the 13-million hurdle.

Of the major factors affecting sales, the March 11 earthquake and tsunami in Japan are hitting some automakers particularly hard, notably Toyota and Honda. Reuters also cites slimmer rebates and incentives as a root cause--they're down by more than 25 percent this year, giving consumers reason to delay new-car purchases as they wait for better deals.

While Toyota and Honda lose share from tight availability, domestic automakers such as GM (NYSE:GM) and Ford (NYSE:F) are expected to pick up share, as are Korea's Kia and Hyundai. Even so, some popular small cars not built in Japan are still in tight supply. The 2012 Ford Focus has a 34-day supply on hand, Reuters reports, while the 2011 Chevrolet Cruze is down to a 39-day inventory--in an industry where a 60-day supply is judged normal.


Without small cars to sell, automakers may actually move more SUVs and pickup trucks, even though gas prices are still near $4 a gallon. Along with minivans, trucks and utes could approach 47 percent of new-vehicle sales for May.

The results by automaker, as they come in:

General Motors: GM says sales fell by a percent as it moved fewer fleet vehicles. On a positive spin, GM says retail deliveries were up 9 percent; Buick was up 24 percent and GMC up 8 percent, while Chevrolet fell 4 percent and Cadillac, 6 percent. GM's total sales of 221,192 vehicles broken out by brand included Chevrolet at 161,401 units; Buick at 15,579 units; GMC at 32,589 units; and Cadillac at 11,623 units.

Ford: Ford says May sales were 192,102, roughly equal to a year ago. It's selling more vehicles at the retail level, and fewer to fleets. Sales of the new Explorer are running 135 percent ahead of last year and the old model; Escape, Fusion, Focus and Fiesta were up strongly, while sales of F-Series trucks fell 15 percent year-over-year, while the V-6 F-150 outsold the 5.0-liter V-8 edition. On the year, Ford sales are up 12 percent. Lincoln sales were not mentioned in the Ford numbers save for a boost in MKZ sales of 24 percent, though Automotive News reports the brand down 5 percent on the month.

Chrysler: The Chrysler group of brands posted a 10-percent rise in sales over May 2010. U.S. sales of 115,363 vehicles gave the company its best May since before its bankruptcy filing. The Chrysler 200 saw sales rise 154 percent; the Jeep Grand Cherokee was up 192 percent. All brands were up save for Chrysler itself, which was down 21 percent on losing the PT Cruiser from its lineup.

Honda / Acura: Honda too has been affected dramatically by the March disasters in Japan. Total Honda sales of 90,773 represented a 16.1-percent decline on an adjusted basis. For the year, Honda is up 7.4 percent. At Acura, a total of 9,000 sales meant a drop of 17.1 percent month over month; on the year, Acura is up 3.4 percent.Volkswagen: Volkswagen says it sold 30,100 new vehicles in, a 27.9-percent boost year over year. VW is now selling more vehicles than it did in 2003; for the year, it's up almost 20 percent, and the 2011 Jetta is a hit, up almost 59 percent over last May.

Hyundai: Hyundai sold 59,214 vehicles in May, up 21 percent and a fifth consecutive monthly record. On the year, the Korean automaker is up 29 percent.

BMW / MINI: BMW's combined sales of its eponymous and MINI-branded cars rose to 26,452 vehicles in May, an increase of 19.7 percent. BMW-badged vehicles were up 15.6 percent to 20,651 units; MINI checked in with 5,801 sales, a 37-percent boost. Rolls-Royce sales were not reported with the other BMW brands. Subaru: Subaru says its sales were up despite a shortage of parts from quake-ravaged Japan. Sales of 20,036 units meant a month over month increase of nearly 8 percent. Forester, Impreza and Tribeca sales were impacted more by the disaster, Subaru adds.

Audi: Audi had the best May in its U.S. sales history, with 10,457 total sales, up 13.6 percent. Audi's new A8 sedan is up 662 percent over the outgoing model--a huge percentage increase, while total sales of 495 vehicles make its ultra-luxury status a bit more clear.

Mitsubishi: The Japanese automaker sold 7,568 vehicles in the U.S. in May, up 59.8 over last May. On the year, Mitsu is up 60.7 percent. However, two models with the strongest sales--the Galant and the Endeavor--are to be discontinued next year, and most are sold to fleets.

Porsche: The sportscar, sedan and SUV maker is riding a sales wave. With raw numbers up 50 percent in May alone at 2817 sales in May, Porsche's up 47 percent on the year, thanks to Panamera and Cayenne.

Jaguar/Land Rover: Both brands had strong increases in May sales. Land Rover reported 2,891 units sold, up 7 percent; Jaguar sold 1,271 cars, an increase of 32 percent. On the year, combined sales for the brands are up 17 percent.

Saab sold 385 cars in May, up over last year's 148 cars when it was in the midst of a change of control.