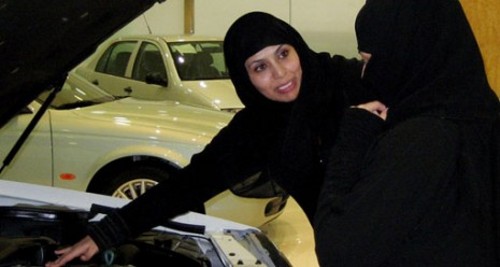 Saudi Prince speaks out against ban on female drivers

Activism isn't for the faint of heart. If it were, everyone would be doing it.

Take, for instance, the handful of women in Saudi Arabia who are encouraging other women to drive--or at least to speak out against the religious ban against women driving.

Saudi Arabia is the only country in the world where women flatly aren't allowed behind the wheel. Not because there's a law against it, but because the country's religious police enforce such a prohibition.

Recently, a Saudi woman, Manal Al-Sherif, used social media to urge women to take to the roads on June 17 as a challenge to the driving ban.

Four days ago, she was arrested, twice, and released, once. As of now, she is still detained.

Now, social media is being used to counter her efforts and those of other activists advocating for women's right to drive.

A Facebook page called "The Iqal Campaign: June 17 for preventing women from driving," has already drawn more than 6,000 "Likes" and dozens of comments. It's in Arabic, and doesn't appear to be accessible from the U.S.

The word iqal refers to the cord on the traditional head-covering for many men in the Gulf region, and suggests that any woman who drives be whipped with the cord.

The campaign has sparked much discussion in Saudi media and online.

Earlier this year, Saudi Prince Alwaleed bin Talal spoke out against the ban with the goal of replacing more than 750,000 non-Saudis currently working as drivers in the country with Saudi citizens.

You can follow the latest news on the detention of Manal Al-Sherif via Twitter, using the hashtag #FreeManal.