GOP To Detroit: We're Still Not That Into You 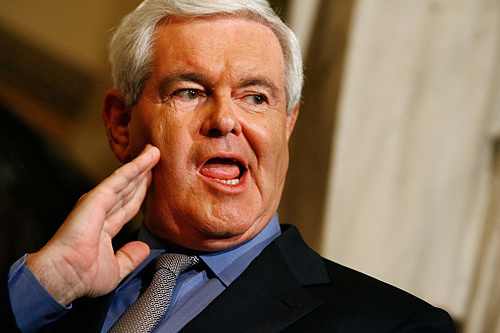 The 2012 Presidential campaign has already started, and yes, it looks like the bailout of the auto industry could end up being one of many points of debate.

Chrysler's earlier-than-expected repayment of $7.5 billion in federal loans—on top of a recent strong financial performance from GM [NYSE: GM]—have seemingly energized the Democrats to pump out a round of attack ads against leading GOP candidates who spoke out against the bailouts.

The video below, part of that new "what were they thinking" outrage, is paid for by the Democratic National Committee, recaps positions taken by Mitt Romney, Newt Gingrich, and Tim Pawlenty.

For Romney, the former Massachusetts governor whose father was governor of Michigan as well as the top executive at American Motors, the matter is a bit personal, too. So it was all the more surprising that the Republican took such a hard-lined position in a 2008 New York Times Op Ed, "Let Detroit Go Bankrupt."

Yet Romney and others continue to use opposition to those loans and other federal loans as a campaign point, advocating a free-market system free of bailouts and subsidies and pointing out that even after looking at the economic effects further downstream, it still looks like the bailout came at quite a cost to taxpayers.

But as food for thought: What would have happened had we let Detroit go bankrupt? And why weren't smaller companies or so-called Main Street businesses (such as dealerships, even) offered bailouts? What if we'd done something more aggressive along those lines? Taxpayers, tell us what you think.