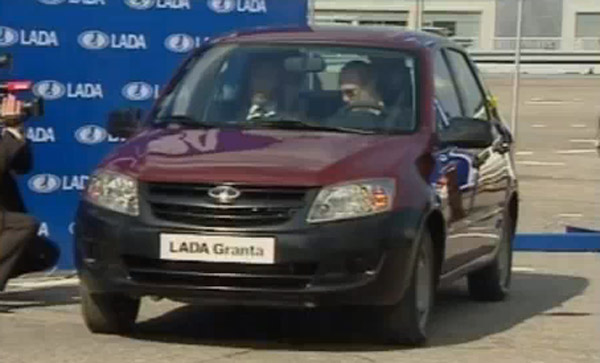 Russian Prime Minister Vladimir Putin must have been slightly embarrassed this week when at a press event for the new Lada Granta, a car built by the much-maligned vehicle brand and one soon-to-be marketed as the cheapest car in Europe, failed to start when the former President hopped behind the wheel.

We managed to get our hands on a video of the incident, which shows a plain-clothed Putin in the driver’s seat of the Granta at its launch on Wednesday in the Russian town of Togliatti.

Putin allegedly attempted several times to start the car and was fortunate on his fifth attempt. Surprisingly, at the end of his short drive, he was quite happy with the car, even going so far as to describe it as "good".

2022 Toyota 86 follows path of Subaru BRZ with more power, new features
Comments (0)
Commenting is closed for this article
Contribute
Send us a tip Comment Contact the editor
Follow Us