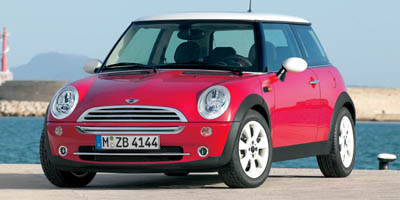 The National Highway Traffic Safety Administration (NHTSA) has announced an upgraded investigation into some 60,000 2004 and 2005 MINI Coopers, which may have a steering defect linked to three vehicles fires. The NHTSA has reviewed over 500 complaints related to loss of power steering, which can make the cars more difficult to steer or control. Furthermore, the agency claims that BMW (parent to MINI) has processed over 4,500 warranty claims for steering issues, including 2,800 relating to 2004 and 2005 Coopers.

Complaints filed with the NHTSA include reports of five minor crashes and three minor vehicle fires, consisting of shorted wires and melted insulation. To date, no injuries have been reported, but the number of complaints received was significant enough for the NHTSA to upgrade their review from a “preliminary investigation” to an “engineering analysis.” If the agency feels a defect is involved, their next step will be to ask BMW for a recall of specific model years affected.

BMW has documented the symptoms (a loss of power steering assist, leading to a heavier steering effort), but has yet to identify a single root cause of the problem. One cause may be an error in the car’s internal electronics, which can cause the power steering pump to run continuously until failure. Other possible causes could include a malfunctioning cooling fan or an undervoltage condition in the electronic power steering system.

BMW has resisted recalling the vehicles for what it deems to be a “quality or customer satisfaction issue,” stating in a December 2010 letter to the NHTSA that, “in all cases, it was determined that the vehicle was controllable if a loss of power steering assist occurred.”

We’ll know shortly if the NHTSA agrees with BMW’s assessment of the situation.