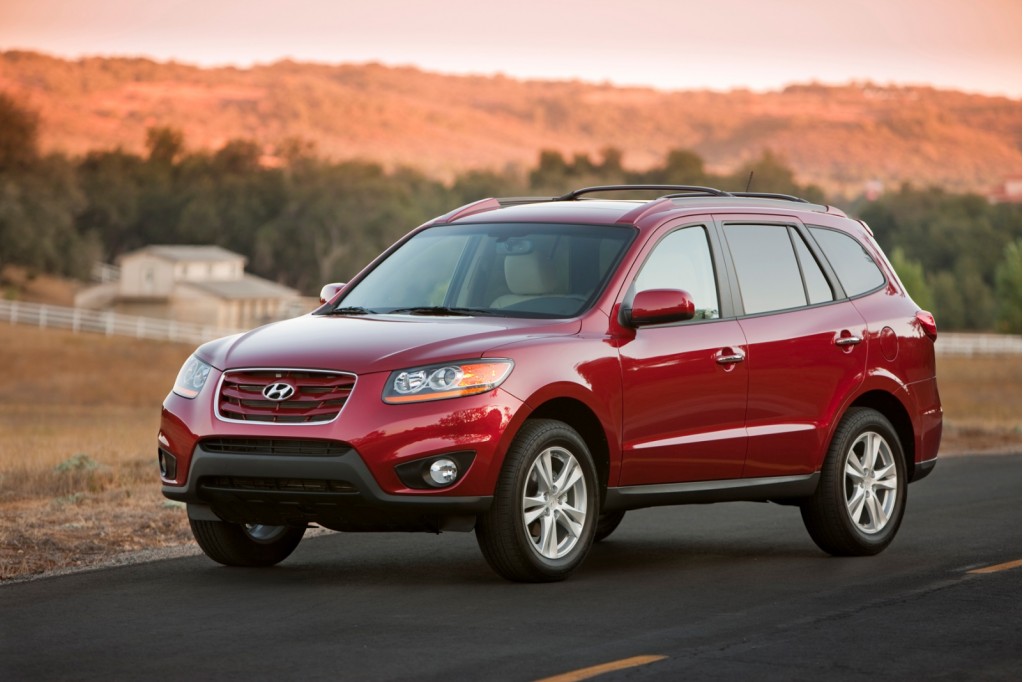 A new recall issued by the National Highway Traffic Safety Administration (NHTSA) affects two crossover vehicles from South Korea, both of which are manufactured in the U.S.

The 2010 Hyundai Santa Fe and the 2011 Kia Sorento--mechanically related, though they're sold under different brands and assembled at different plants in Alabama and Georgia--both are being recalled for an issue with their automatic transmissions.

The problem stems from a misaligned driveshaft, which interferes improperly with the automatic's right-side input gear. The alignment could cause premature wear and abnormal drivetrain noise. Eventually, it could cause a transmission failure.

Only some Santa Fes and Sorentos are included in the action, which is limited to vehicles equipped with a four-cylinder engine. The Hyundai vehicles involved were manufactured from October 15, 2009, to March 5, 2010. The Sorentos on the recall list include all 2011 models built through May 22, 2010.

[NHTSA via Inside Line]