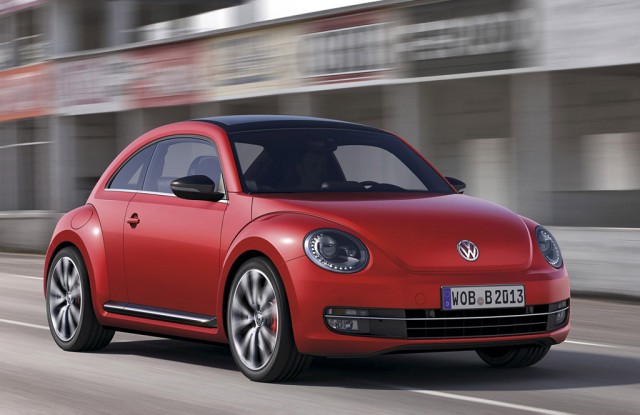 Today, we're kicking off our live coverage of the 2011 New York Auto show with the first big reveal, that of the 2012 Volkswagen Beetle.

Much has changed with the new Beetle -- for one, it's lost the "New" in the name it's carried since 2001. It's still built in Mexico, but it's gained more attitude in its styling. The bud vase is gone, swapped out for a more Audi-influenced look that's still unquestionably a Volkswagen.

There's more in the mix, including a 40-mpg TDI edition, dual-clutch transmission, and 20-inch wheels--even red, white, and blue lighting that makes the German-engineered, Mexican-built Beetle a more global effort.

In fitting style, VW pulled the covers off the Beetle on three continents, in three cities today, in Berlin and Shanghai as well as New York. You can't be everywhere at once, though, so even if you're not in New York, you can find out more about the Beetle today as our editors talk VW in a live chat.