Another Effect Of The Disaster In Japan: Lexus To Lose #1 Spot In Luxury Market 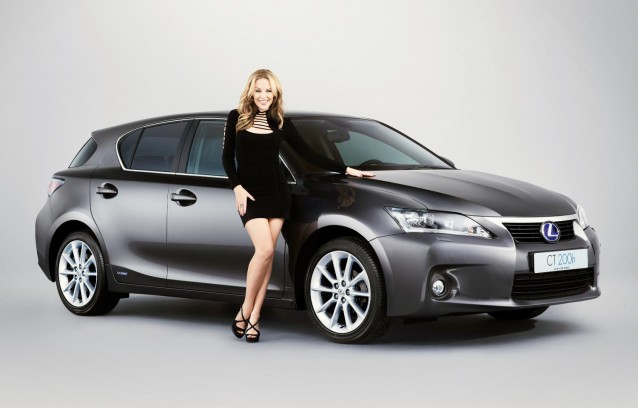 On Friday, we told you about the ways that automakers have suffered following the recent Tohoku earthquake and tsunami. From imaginary problems with Korean companies to very real parts shortages, the disaster has had a direct impact on the way that U.S. consumers view Asian brands. Now, the world's biggest automaker, Toyota, is preparing for another blow: according to experts, Toyota's Lexus line is set lose its #1 spot in the U.S. luxury market.

The disaster that struck northern Japan on March 11 ruined inventory at many auto facilities and forced the shutdown of plants across the region, including Toyota's. Those plants will reopen next week, but a month of lost production and iffy parts supplies will put the company at a serious disadvantage. Toyota has warned dealers of "significant" supply shortages in May, June, and July -- heavy car-buying months in the U.S..

But the earthquake and tsunami aren't entirely responsible for Lexus' problems; they merely accelerated the brand's decline. Lexus' sales in the first quarter of 2011 were 4.4% lower than they were in Q1 of 2010. At a time when U.S. auto sales are generally on the rise, that's a very bad sign.

Lexus' sales first took a hit when Toyota recalled millions of vehicles in late 2009 and 2010, but experts say Lexus' biggest problem is its aging lineup. The company had pinned a good bit of hope on the new 2011 CT 200 hybrid, but major marketing campaigns for the CT only recently rolled out, and it's too early to see if they're having much effect. (Given the weirdness surrounding the CT's "Darker Side of Green" marketing theme and the fact that Americans aren't always down with the hot hatch, we're not taking any bets.)

While we're sure that no one is reveling in Japan's misfortunes, Lexus' luxury competitors do stand to benefit from the brand's slip. Case in point: Cadillac, which saw first-quarter 2011 sales ring in a whopping 38% higher than in 2010. Others like Mercedes-Benz, BMW, and Audi could see a big boost, too. Even Hyundai could gain some ground with its new Equus sedan -- provided that the company can explain to shoppers that Korea wasn't directly impacted by the disaster.