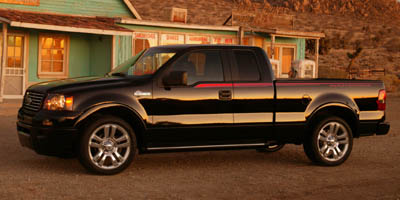 Yielding to pressure from the National Highway Traffic Safety Administration (NHTSA), Ford has agreed to recall an additional 1.2 million F-150 pickup trucks for potential problems with their airbag system.

The NHTSA has received nearly 300 reports of accidental airbag deployment in 2004 to 2006 Ford F-150 trucks. At issue is a manufacturing defect in the airbag system, which could lead to an electrical short and potential airbag deployment. Ford previously recalled some 135,000 F-150s in a campaign announced last February, but resisted a larger recall citing a high airbag failure rate at only a single manufacturing plant. The NHTSA disagreed, and pushed Ford to expand the recall to just over 1.3 million vehicles.

In the end, the NHTSA won out, and Ford released a statement saying, “We understand the government’s desire to reach a broad group  of potentially affected consumers and will recall the remaining population of trucks for our customers’ peace of mind.”

The original recall covered certain Ford F-150s manufactured in 2005 and 2006, but the newly expanded recall includes trucks manufactured in 2004 as well. Lincoln Mark LT pickups, previously excluded from the airbag recall, are now included in the list of vehicles affected. Ford expects to begin notifying owners in May.