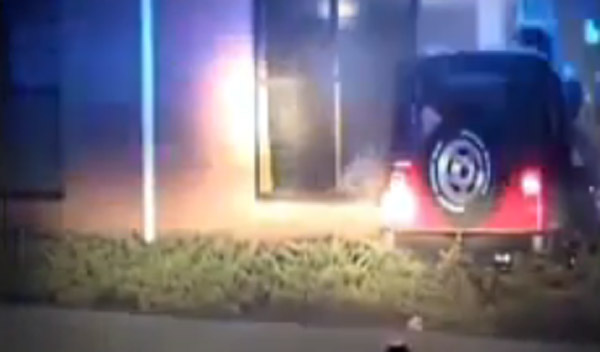 Just a couple of days after we reported about teen drivers needing more training behind the wheel, a new video has surfaced showing the extraordinary situation of a teenage girl in a Jeep being chased by police and ultimately ending up crashing into a church last Friday night.

The teenage girl, aged only 15 so her identity can’t be revealed, allegedly stole the Jeep, a red Wrangler belonging to a woman in Socastee, South Carolina. She then lead police on a short chase before finally crashing into a local Baptist church, punching a huge hole in the wall and suffering a broken leg.

The video below shows police approaching the girl following the crash, where they discover that she was apparently attempting a suicide. Thankfully, there were no major injuries to report other than the broken leg.