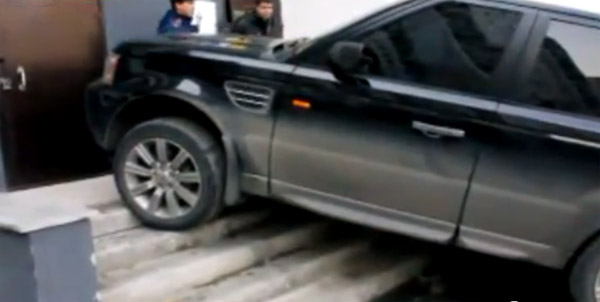 Ever considered just leaving your luxury SUV parked on the steps of an apartment building when you couldn’t find a regular parking spot? Probably not, but the driver of the Range Rover Sport in this next clip did exactly that.

His antics were captured on a security video from the apartment, located in Chelyabinsk, Russia, but apparently all police could do was contact the driver the next day, request him to remove the vehicle and issue him with a fine.

Though it’s unconfirmed whether the driver was under the influence of alcohol or not, he does seem to stumble about after getting out of the vehicle. We just hope that’s not how he regularly parks and no actual alcohol was involved.