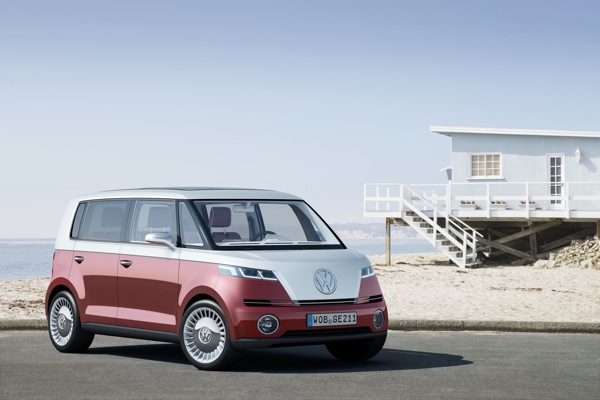 Jonathan Browning, president and CEO of Volkswagen of America, has the Bulli microbus concept at the very top of his “unfunded projects he’d like to see in production” list.

Shown at this year’s Geneva Motor Show, VW’s Bulli combines styling elements from the 1950s VW Type 2 Transporter and their 2001 Microbus concept. Unlike either of these earlier models, the Bulli is quite a bit smaller and meant to compete against the Kia Soul, Scion xB  and Nissan Cube. At the same time, a production Bulli wouldn't steal market share away from VW's Chrysler-sourced Routan minivan (a Camper variant of the Bulli would be all but useless).

Still, the Bulli’s styling and urban functionality would be enough to lure both former VW Bus owners, as well as a new generation of buyers, into Volkswagen showrooms.

Browning emphasizes that very point, and insists the Bulli is essential to maintain Volkswagen’s youthful image. In Geneva, the concept was shown as an EV powered by an 85-kW electric motor, theoretically capable of an 87-mph top speed and up to a 186-mile range. If the Bulli does see production, a small-displacement gas or turbodiesel engine is a far more likely choice to bring the concept to market in a timely manner.