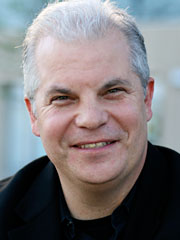 Earlier today it was announced that Christopher Barger will be leaving General Motors social media team. He will be headed to the agency side of things by joining the digital shop known as Voce.

We have been big fans of Barger's work at GM over the past four years. He came aboard right when things in the auto industry started going south. Weathering the storm in the big GM towers, Barger had a large part in the overall strategy and execution across all GM social media channels.

On April 11 Barger will start his new job over at Voce as the Senior Vice President for Global Programs. Barger told Ad Age he will use his experience at GM to help Voce's clients integrate social media into their businesses. He also made a comment that social media is an art rather than a science, something fans of SocialCarNews can all relate to.

While we will miss interacting with Barger over at GM. We congratulate him on his new job, and wish him good luck.

The full interview between Ad Age and Barger can be seen here.