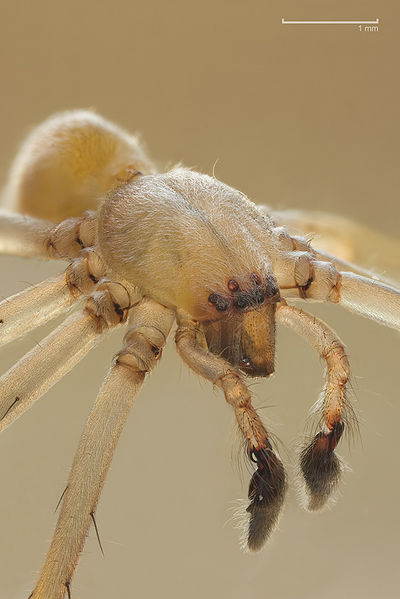 It turns out spiders don't just have a preference for newer Mazdas. They like newer Honda and Hyundai models, too, and potentially a host of other vehicles.

What we first saw last week seemed like a carefully crafted April Fool's joke: A certain type of spider, the yellow sac, might crawl in through a vent hole near the fuel filler of certain Mazda6 models and weave a web in the evaporative canister vent line—possibly causing a restriction in the fuel system's evaporative system, a vacuum in the fuel tank, leading to cracks and potentially fire.

But it's very real, and since it's safety related Mazda decided to launch a recall. Last week's recall covered 52,000 Mazda6 models from the 2009 and 2010 model years, all with the four-cylinder engine. The fix is relatively simple; dealers will inspect the vehicles and install a spring that prevents the critters from setting up shop inside.

The question we—and everyone other outlet—was asking last week, according to Mazda spokesman Jeremy Barnes, was: Why only Mazda? Was there something different about the design of the Mazda6's fuel system?

It turns out, probably not. Now Honda reports having the same issue with the same spider, in its 2008 and 2009 Honda Accord, and in a service bulletin, Hyundai points to spider webs as a possible cause of a similar problem affecting multiple models.

For now, just be glad that spiders are drawn to a place on the outside, rather than inside, of your car.