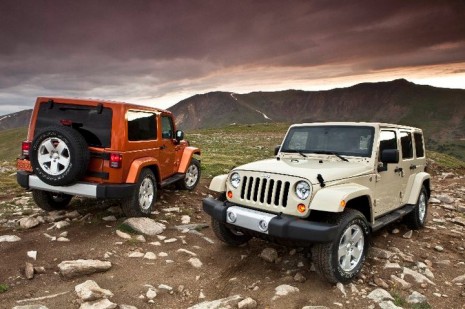 A couple of weeks ago, we told you about some angry Jeep owners who were pushing for a recall of their Wranglers. At issue: reports of serious splashback and overflow when owners filled up at the pump. This week, Jeep has recalled a number of Wrangler models  -- unfortunately, it's not for that problem.

The newly issued recall involves the axle assembly in 2010 and 2011 Wranglers. Specifically, the bolts that attach the front and rear axles to the chassis may not have been tightened properly. As a result, those bolts may loosen over time, causing the axles to separate from the chassis.

As dangerous as that sounds, it probably won't happen overnight. Drivers would first begin to hear rattling or other unusual noise coming from beneath the vehicle, and in some cases, they might notice changes in steering control. As the situation degrades, however, the problems would become more severe, leading to a loss of handling and potentially a crash.

Due to the severity of the problem, Jeep has indicated that the recall will begin this month. (Most recalls take a few weeks longer to begin in earnest.) Owners should receive notification from Chrysler within the coming weeks, and afterward, they'll be able to take their vehicles to local dealers, who will tighten the bolts to appropriate standards.

If you have questions in the meantime, we suggest you contact your dealer, or call Chrysler at 800-853-1403 and reference recall #L09. Alternately, you can contact the National Highway Traffic Safety Administration at 888-327-4236 and ask about campaign 11V145000.