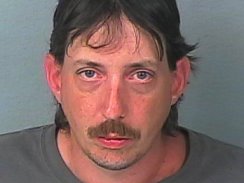 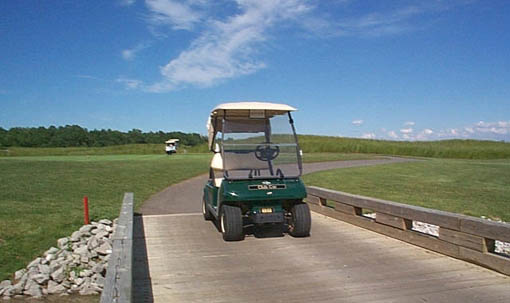 Cougar Town character Bobby Cobb has a real-life counterpart: Eric Perez. Busted late last month for driving a golf cart the wrong way down a divided highway just after midnight with a blood alcohol content of 0.242-0.251 percent, Perez is living the dream.

Central Florida's Hernando County Sheriff's Office was graced with Perez's antics along State Road 50. Once stopped, Sheriff deputies noticed a "strong smell of alcohol about his person." That's cop talk for "the guy was trashed."

At triple the legal limit in Florida, Perez was certainly hammered. But then you'd want to be if you were driving a golf cart the wrong way down the highway.

Perez may actually have been doing his best to be responsible during his bender, however. Walking opposite traffic is safer than walking with it, as you can see oncoming motorists and get out of the way if necessary. The same logic--if any of Perez's actions that night can wear that tag--could reasonably be applied to a golf cart.

It's been a bad couple of weeks for Florida drivers, with the recent DUI arrest of a former MADD leader in Gainesville adding to the tally.

Cougar Town is an ABC sitcom about a group of friends and family set near central Florida in the town of Sarasota. Bobby Cobb, one of the main characters in the show, is a retired golf pro frequently shown driving a golf cart with a beer in hand.