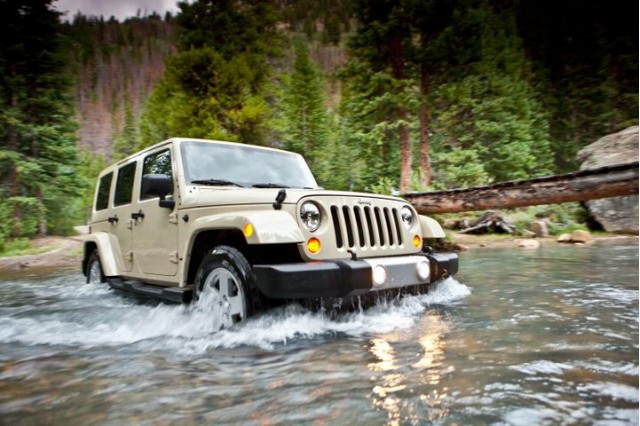 If you're a fan of four-wheel drive and off-roading, you've probably longed for a diesel Land Rover Defender at some point. They're out there, but they're expensive, and often high-maintenance due to age and rough lives. Soon we may get our own American equivalent, though, in the form of a diesel-powered Jeep Wrangler.

Jeep has sold diesel models outside the U.S. for years, and even offered a diesel in the Grand Cherokee at times here as well, but the fuel's general dislike among mainstream buyers and the typically low horsepower (but high torque) of the engines that burn it have kept it from spreading further. That may change soon, as fuel economy pressures rise and emissions standards converge between Europe and the U.S.

The source of the new diesels for the Wrangler? The same engines that were planned for the Ram 1500: Cummins. Slotting the oil-burners into Jeeps wouldn't require much additional engineering or cost, so it may be the easiest route. New corporate overlord Fiat also owns a stake in VM Motori, however, which builds a wide range of diesel engines, and it may get the nod instead--especially as the Jeep Grand Cherokee's European brethren are already expected to get just such treatment.

Perhaps best of all, should the Grand Cherokee and Wrangler find solid diesel acceptance, the long-awaited return of the Jeep pickup might get the option as well.

Whichever way this diesel cookie crumbles, we're looking forward to it, as are many Jeep enthusiasts.