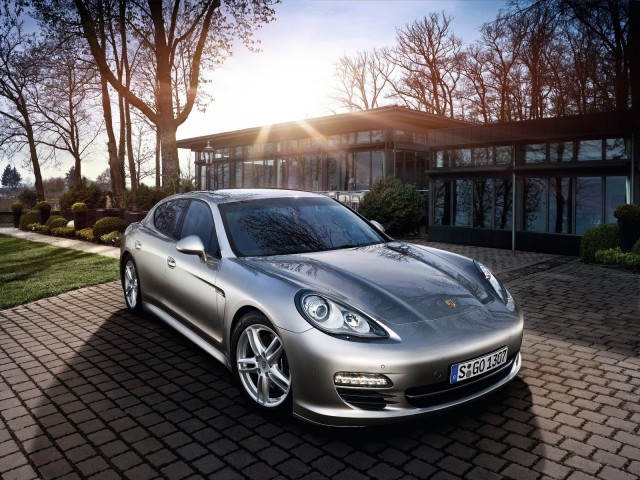 In 2007, Volkswagen Group CEO Martin Winterkorn said that the company would become the world's largest automaker by 2018. Since then, Volkswagen has made progress toward that goal -- last year, it reached the world's #1 spot in production volume -- but it's hit a few snags on the sales front. Though some brands in the family like Audi have been steadily growing, sales of VW-branded vehicles haven't fared quite so well, at least not here in the U.S. But Porsche hopes to save the day, with promises of a new model every year and 100% sales growth over the next seven years.

The news comes from Porsche CEO Matthias Mueller, who insists that Porsche can achieve those goals without sacrificing the brand's quality and reliability -- two areas in which Porsche has consistently performed well. His strategy involves:

1. Launching new vehicles (roughly one per year, like the much-discussed Cajun SUV);

2. Retooling and upgrading existing models to meet buying trends; and

3. Timing the life cycles of its models so that when one product is retired, there's something to fill the gap it leaves behind.

In the near future, Mueller says that fans can look forward to the next-generation 911, entry-level models of the Boxster and Cayman, and upgrades to the Panamera -- including a possible plug-in hybrid variant, which Mueller says would be "the first of its kind in its premium sedan segment". (Maybe, maybe not.) He also says that VW will add up to half a dozen plants to put production capacity near the 11 million-units-per-year mark.

Say what you will, but you have to appreciate Volkswagen's audacity. Even as the company's VW-brand sales in the U.S. have remained pretty flat (so far, just 2.1% ahead of last year), Mueller and Winterkorn have stuck to their goals.

Then again, perhaps we're focusing too much on VW's U.S. sales at the expense of ignoring emerging markets. Strong sales in a country like China could easily counter slumps on this side of the Pacific.

It's also important to note that the world's current #1 automaker, Toyota, finished 2010 less than 400,000 units ahead of Volkswagen in global sales (thanks in no small part to Toyota's publicity problems last year). A few more stumbles from Toyota, and Volkswagen might be able to take its place at the top of the heap after all.