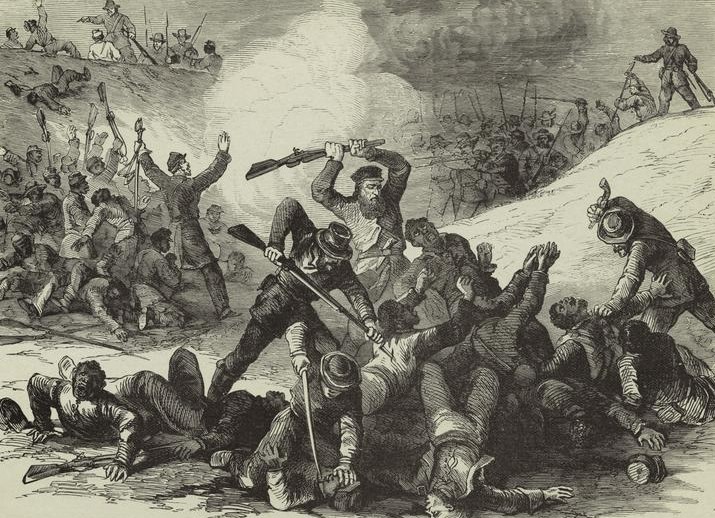 The snow that hit the South this week is nothing in comparison to the storm surrounding Mississippi's plan to honor Confederate General and early Ku Klux Klan leader Nathan Bedford Forrest with a specialty license plate. The plate is part of a series of commemorative tags planned through 2015, marking the 150th anniversary of the Civil War.

Forrest's plate would become available in 2014. The Mississippi Division of the Sons of Confederate Veterans is behind the plans. The NAACP and other interest groups don't appear to be bothered by the rest of the plates, marking battles at Corinth (2012) and Vicksburg (2013), and honoring Confederate veterans (2014).

The plate honoring Forrest, however, has drawn fire. Mississippi NAACP's Derrick Johnson equated Bedford to the leader of a terrorist organization, saying "He should be viewed in the same light that we view Saddam Hussein and Osama bin Laden." A Facebook group called "Mississippians Against The Commemoration Of Grand Wizard Nathan Forrest" opposes the proposed plates with a mockup featuring a hooded Klansman across a Mississippi license plate.

The Sons of Confederate Veterans have issued other commemorative plates since 2003. One member of the group, Greg Stewart, argued that Forrest's rebuke and departure from the KKK later in his life should take with it the stigma of honoring him as a Confederate veteran.

Forrest's leading role in the Fort Pillow massacre is another reason to reject the plate, according to some.

Final approval for the series of plates is still under consideration.