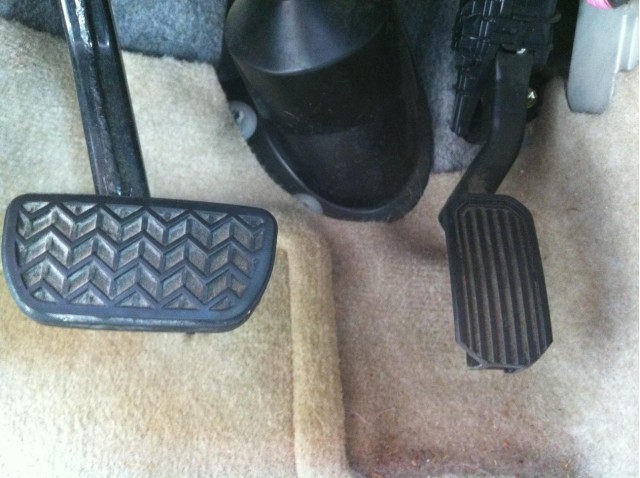 Unintended acceleration, Pedalgate, whatever the tag line, the federal government investigation into Toyota vehicles recalled for their purported propensity to suddenly take off, beyond driver control, concluded today that there are no faults in Toyota's electronic throttle control systems.

The finding is significant, noting that the only known causes of of the unintended acceleration and related problems are due to mechanical defects with the pedals and floor mat systems. You may remember the NHTSA came to the same conclusion in a preliminary report issued last August. Another NHTSA report found that the drivers themselves were often to blame.

As Transportation Secretary Ray LaHood put it: "The jury is back. The verdict is in. There is no electronic-based cause for unintended high-speed acceleration in Toyotas. Period. Our conclusion--that Toyota's problems were mechanical, not electrical--come after one of the most exhaustive, thorough and intensive research efforts ever undertaken."

Engineers at NASA assisted the NHTSA in making the finding, studying Toyota's vehicles over a 10-month period at the request of Congress.

Toyota, however, will take the result as cold comfort: the damage to its reputation has been done. The mechanical issues with its pedals and floor mats, after all, remain as the root factor in what eventually became a record recall of over 12 million vehicles around the world and over 5 million here in the U.S. Toyota was eventually fined $48.8 million for its treatment of the recalls.

For a thorough recap of the Toyota pedal-entrapment and sticking pedal recalls, Bengt Halvorson's "Toyota And Lexus Recall: Everything You Need To Know" wraps it all up tidily.