Porsche Invites Football Fans To A Game Of #Porsche Spotting 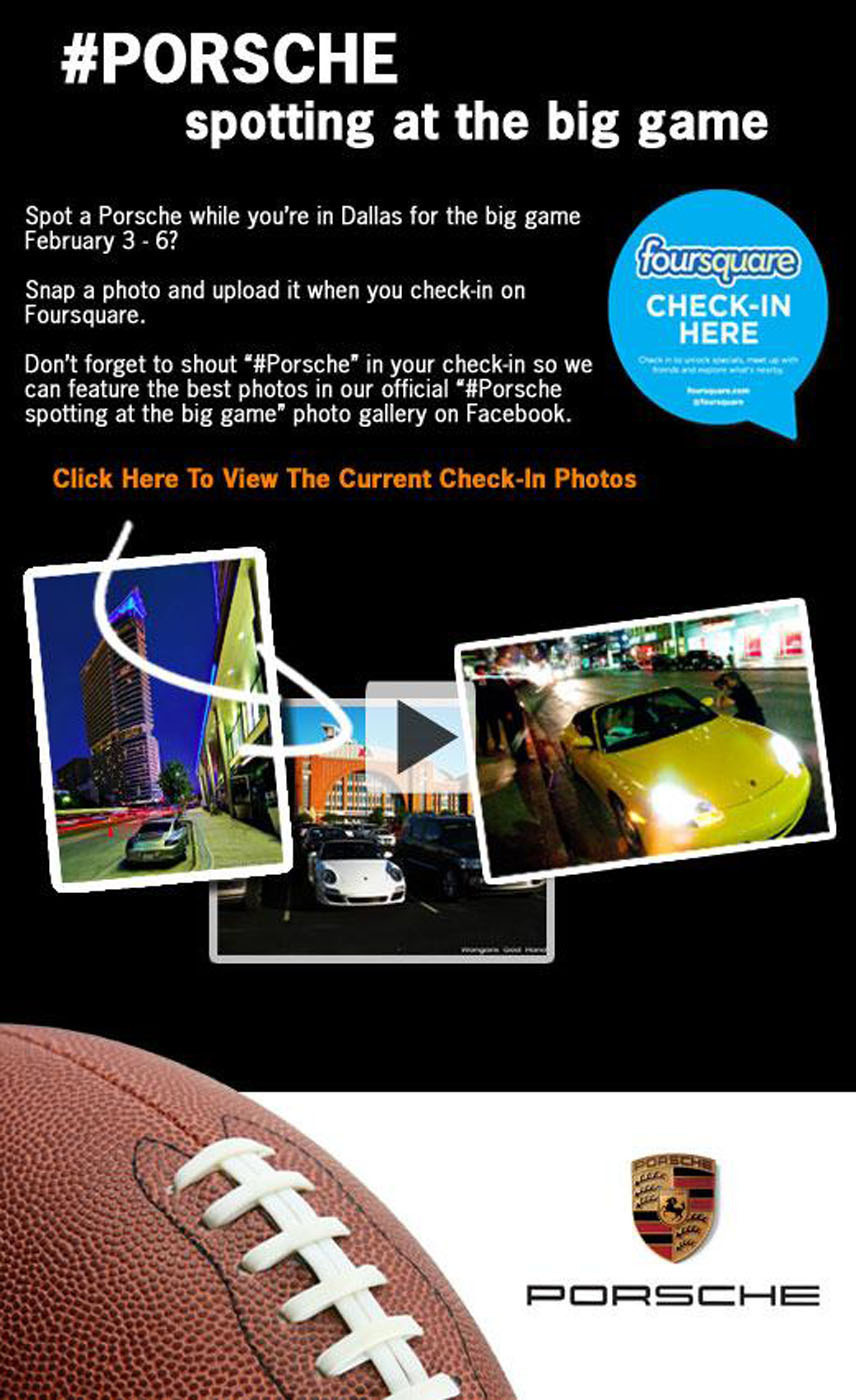 #PORSCHE SPOTTING AT THE BIG GAME 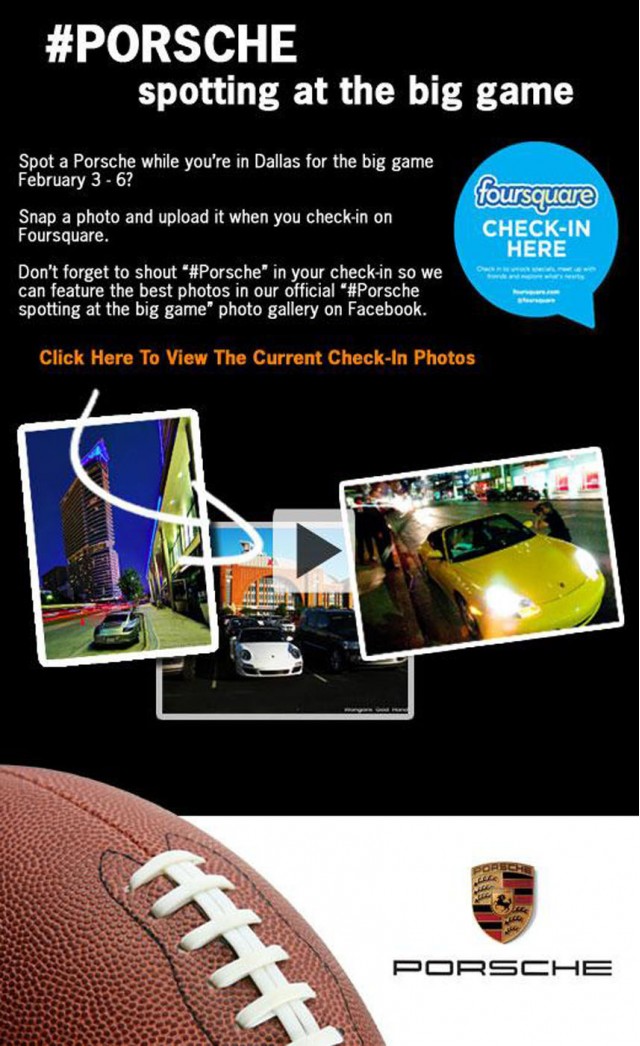 #PORSCHE SPOTTING AT THE BIG GAME

Will you be attending the Big Game in Dallas, Texas? If your answer was immediately yes (said with a tinge of glee in your voice), Porsche has a game for you.

It's called the #Porsche Spotting challenge and it should be pretty interesting for both those participating, and those at home watching the challenge unfold online.

Essentially Porsche is turning the entire city of Dallas into a playing field. To participate, fans just need to tag and share photos of Porsches they spot in Dallas.

Porsche says the goal is to "create a real-time online photo gallery using the Foursquare™ social media application and snapshots of Porsche vehicles at the Big D's best hangouts and landmarks."

Whenever you see a Porsche in Dallas during Super Bowl weekend simply snap a picture and attach it to a Foursquare check-in. Make sure to include the #Porsche tag as you tweet out the check-in. Porsche will choose the best photos and include them in its Big Game tab on the Porsche Facebook fan page.

Photos which best capture the "spirit of the game" will be placed in an photo album titled "#Porsche Spotting at the Big Game" on Porsche's fan page.