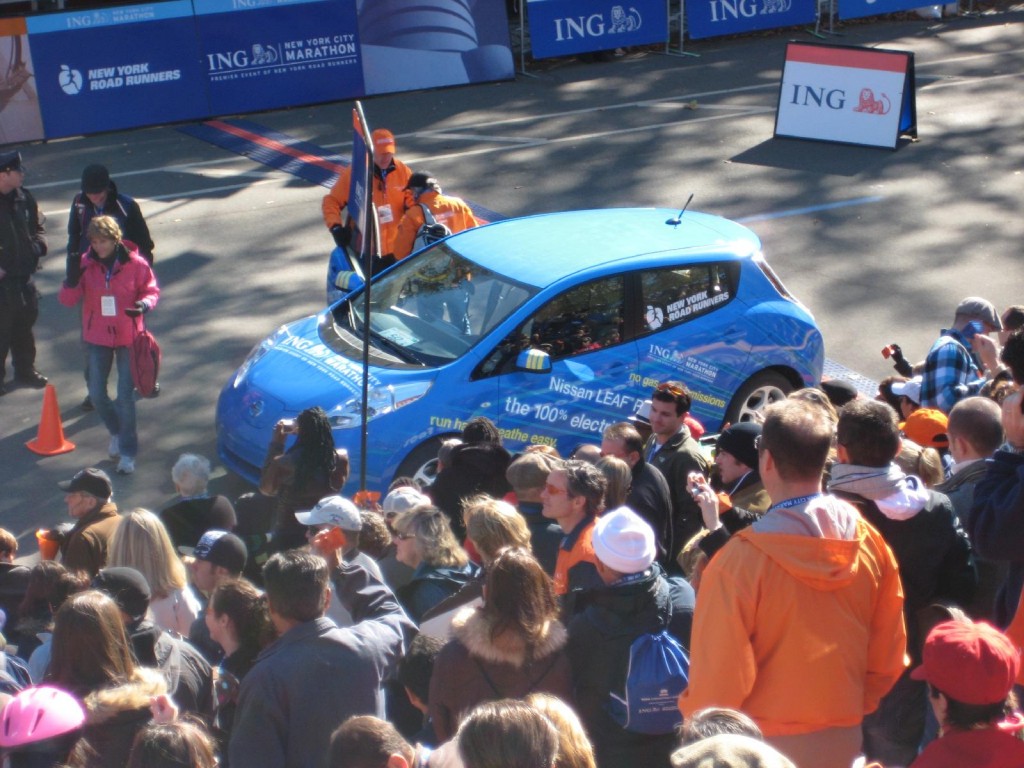 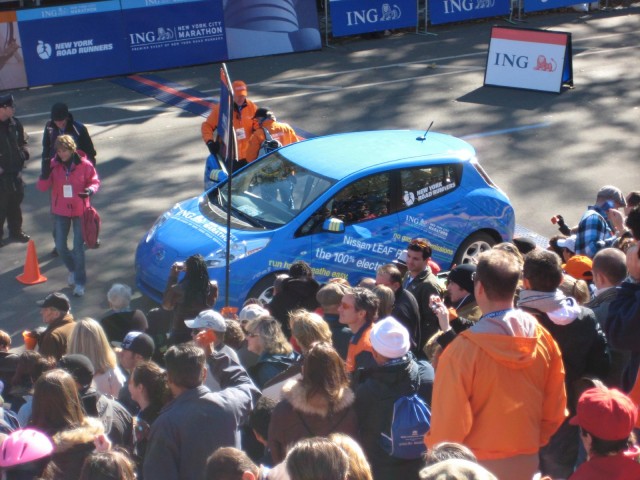 Many of you know about the Rock 'n' Roll Marathon, a nationwide series of events promoting health, headbanging, and Dodge's sporty lineup. But while Dodge sponsors the series as a whole, other companies often step in to sponsor individual runs. Case in point: Nissan, which has underwritten the Rock 'n' Roll event scheduled for Nashville -- a race that's been appropriately re-dubbed the "Country Music Marathon and ½ Marathon".

This is a pretty smart move for Nissan, and it's in keeping with the company's current promotional efforts.

For starters, Nissan's U.S. headquarters are in Franklin, Tennessee, which is just up the road a piece from Nashville. Sponsoring local events that benefit company employees, their families, and friends is always good corporate policy.

But the sponsorship also squares with Nissan's recent marketing endeavors, particularly those surrounding its 2011 Leaf. It all began with one of Nissan's first commercials for the little blue EV-- the clip featuring Lance Armstrong racing along behind one. (Never mind the fact that Lance turned out to be one of the least-effective spokespersons of 2010.)  A few months later, Nissan recreated that image in real life when it sponsored the New York City Marathon, and the Leaf served as the race's zero-emissions pace car. Let's not be too surprised if we see it leading the pack in Nashville, too.

If you're interested in participating in Nashville's Country Music Marathon and ½ Marathon, (a) you're in better shape than most of us, and (b) you still have plenty of time. The marathon is set for Saturday, April 30, with a two-day health and fitness expo taking place over the two days prior. To register, visit Nashville.Competitor.com. We'll be cheering you on from afar.

Nashville, TN – January 24, 2011 – Over the last 11 years, the Country Music Marathon & ½ Marathon has established itself as a Nashville institution, now bringing more than 30,000 runners to a city long known for its musical genius. It has also been 11 years since Nashville legends Montgomery Gentry took to the national stage as one of country music’s biggest acts.

The two will collide on Saturday, April 30th as Montgomery Gentry rocks the post-race concert at the 12th annual Country Music Marathon & ½ Marathon presented by Nissan, continuing a strong tradition of great country music and the biggest running event in Tennessee.

Based nearby in Franklin, Nissan will debut as the presenting sponsor and official vehicle of the Country Music Marathon & ½ Marathon. The company has previously served as official automotive sponsor. Truly displaying their presence as a local company and their commitment to the race, more than 400 Nissan employees will lace up their running shoes and experience all 26.2 or 13.1 miles of race day for themselves.

“It’s been remarkable to see our hundreds of employees here at Nissan train together as one team and truly get involved in this great local event,” said Jon Brancheau, vice president, Marketing, Nissan Division. “We see a great opportunity to encourage our employees to take care of their health, support our local community, while also finding new avenues of direct contact with such a diverse and desirable customer demographic.”

Montgomery Gentry is one of the most celebrated success stories in Nashville, with gold and platinum albums, CMA and ACM awards, a Grammy nomination and highly successful tours. They have hit the top of the singles charts five times, with “If You Ever Stop Loving Me,” “Something To Be Proud Of”, “Lucky Man”, “Back When I Knew It All” and “Roll With Me.” But through it all, the duo has remained closely tied to their roots with an abiding respect for the people and genre of country music.

“You can’t have anything but the best when you put on a show in Nashville,” said Adam Zocks, General Manager of the event. “Montgomery Gentry is the gold standard of true country music and we’re certainly proud to give our runners such an amazing concert after all their hard work on race day.”

For more information or to register for the event, visit Competitor.com.