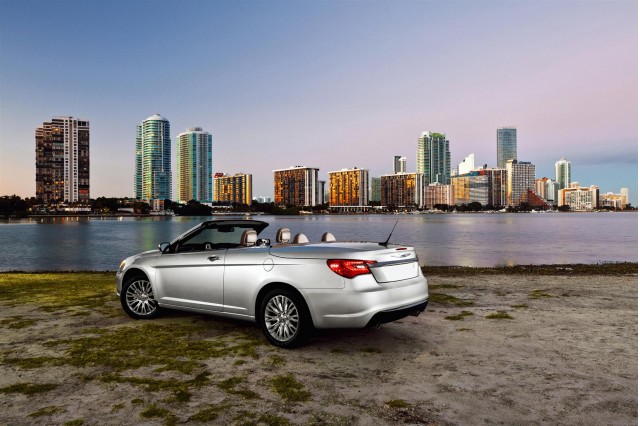 Last week photos of the new 2012 Chrysler 200 Convertible leaked onto the Internet. While the shots themselves are great, the problem lies in the timing. These pictures were not set to be released until this week.

Most major reporting outlets from magazines to automotive blogs quickly picked up the photos, and posted them all over the Internet. The photographer Webb Bland was less than happy about the situation. The leaked photos were not full resolution and some had horrible crops to them. He even mentioned how the back story to the photos is missing and thus the reader doesn't know what they are looking at.

What was Webb to do? He was clearly angry, but little could be done. Webb turned to the largest tool at his disposal, Facebook. Earlier today he posted a long rant on his profile where he calls out many automotive blogs that ran the leaked photos.

Below is Webb's full rant From NotBland Automotive Photography on Facebook:

Thanks entirely to one lone, misguided idiot somewhere outside of the fantastic marketing team at Chrysler, many of my photos were leaked online yesterday, weeks in advance of the meticulously scheduled unveiling. Five weeks of careful planning and logistics by the crew destroyed in an instant, by one selfish arrogant douchebag who got a hold of the digital files before the CEO was set to review the images.

Today, the marketing team got the go ahead to *officially* unveil the photos that were leaked, plus five more exclusive unseen images, complete with the official introduction to the new car. So while I am excited for the world to see my newest set, it's goddamn infuriating that so many car blogs have already run many of the photos cropped awkwardly, without context or back story, and at a horribly compressed resolution, on top of that. At the time of writing this, not very many sites have run the new press release yet, so as my fans, you get a true world unveiling for several of the photos.

Rage-inducing leak aside, I hope you all enjoy my newest set. A very special thank you to the amazing Will Stern for suffering three early mornings of frigid cold wind with me, to act as my chief lighting technician all three days of shooting. And of course the awesome four-man driver/detailing crew from Prestige Autos for their expert knowledge of the area; couldn't have found many of the locations we used without them.

While we can definitely feel for Webb, after all, we would be frustrated if we were in that situation. Posting a rant publicly on Facebook is never the smartest idea, both for yourself and or your brand/company. One has to wonder, seeing how he handled the situation, will Chrysler rehire him for more work? If he had handled it better, he would probably have a better chance.

This is yet another reminder to beware what you post publicly on social media. The world is watching.