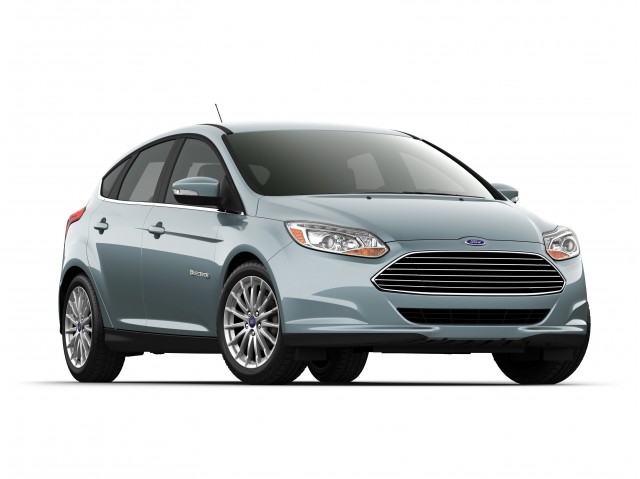 But it's still a bit surprising that Ford [NYSE: F] has chosen Best Buy, rather than its dealerships, to supervise deployment and installation of home charging stations for the 2012 Ford Focus Electric, which was officially revealed in production form today at the Consumer Electronics Show (CES) in Las Vegas.

In a move that makes sense but might keep customers from seeking help from the Ford dealership as much as they otherwise might, Best Buy is also handling warranty and repair for the charging station. Focus Electric owners will be able to purchase the stations through 1,200 Best Buy stores across the U.S. or through the Best Buy website, then the retailer's Geek Squad service and support crew will schedule an electrical audit and professional installation.

Unlike the charging station for the 2011 Nissan Leaf, the Ford charging station won't be a permanent home installation; it plugs into a 240-volt drier-style outlet and can be removed when needed—such as when the owner moves.

Ford has said that with the 240-volt, charging system, permitting the system's 32-amp maximum capability, the Focus Electric will charge fully in as little as three to four hours—about half the time of the Nissan Leaf. That comes thanks to the 6.6-kW on-board charger.

The price for the home charger, at $1,499 with a standard installation, is also substantially less than that of the Nissan Leaf.

When the connector is plugged into the Focus Electric's charge port, a light ring illuminates to show a proper connection, then the ring lights up in quadrants to show the approximate stage of charge completion.

The Focus Electric, which goes on sale late this calendar year, will offer enough range to satisfy the needs of most driving Americans, Ford says, and is emphasizing the driving experience more than Nissan has with the Leaf. Top speed for the Focus Electric, in final specs revealed at CES, is 84 mph.

This isn't the first time Best Buy's name has been mentioned at CES. GM's OnStar just announced the other day that its hardware would be available for purchase for non-GM vehicles at the electronics retailer's stores.