2012 Ford Mustang Owners Next In Line For SYNC AppLink 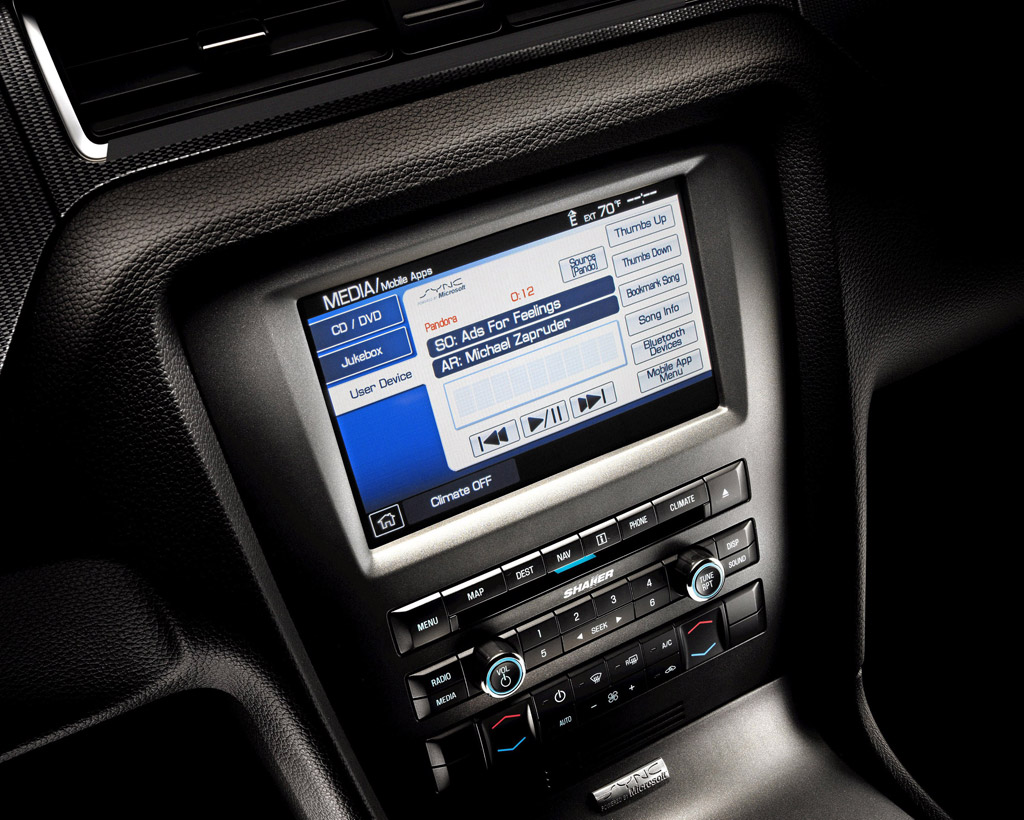 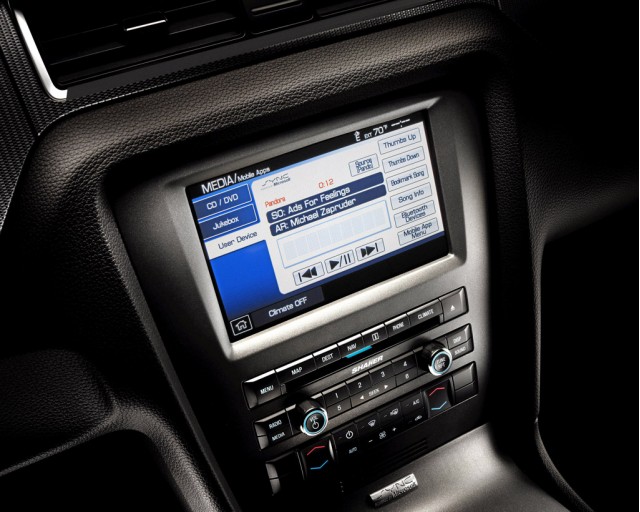 A couple of weeks ago, we told you that 2011 Ford Fiesta owners would be the first folks to get their hands on Ford's snazzy new SYNC AppLink. That seemed like a smart move, given the Fiesta's target market of young, wired urbanites. Now, Ford has announced that AppLink will next appear on...the 2012 Mustang.

AppLink is a great addition to the SYNC lineup -- one that's particularly attractive to smartphone fanatics who use apps on the go. AppLink allows users to connect their mobile phones to the SYNC system and control apps on those phones via voice command. So instead of, say, looking down at your phone, opening Pandora, finding the station you want, and skipping to a good song, AppLink users can simply speak their way through the interface, keeping their eyes on the road.

At the moment, AppLink works with only two apps: Pandora (Android, BlackBerry) and OpenBeak (BlackBerry). iPhone accessibility for Pandora is just around the corner, and Stitcher will soon be available on all three major platforms. We expect the list will grow exponentially over the next two years, as smartphones gobble up market share and apps become more commonplace.

We admit, we're a bit surprised by Ford's pick of the Mustang as the next in line for AppLink. Yes, Mustang customers are young-ish (though probably not as young as Fiesta buyers), and yes, they're likely the sort to benefit from AppLink's feature set. However, we expected the service would  roll out to a slightly more mainstream vehicle first, like the Fiesta's big sister, the Ford Focus, or even the 2011 Explorer. No worries, though: we're sure it'll get there soon enough.

Catch the full story at MotorAuthority.

DEARBORN, Mich., Jan. 5, 2011 – Ford will launch SYNC® AppLink next as a factory-installed feature for the 2012 Ford Mustang. AppLink is the free software program that gives SYNC users voice control of apps stored on their smartphone.

Mustang will be the first vehicle that will offer AppLink with the standard SYNC interface, as well as be integrated into the optional Voice-Activated Navigation System, providing the additional convenience of an 8-inch touch screen for control.

“Mustang is an exciting next addition to the AppLink portfolio, giving Ford the ability to offer more of our customers a smarter solution to using apps while in the car,” said Doug VanDagens, director of Ford Connected Services. “We continue to move quickly and migrate smart technologies across our vehicle portfolio that deliver solutions customers are demanding.”

Adding AppLink compatibility as factory-installed content to the iconic Mustang puts Ford further out front in the race to integrate smartphone apps into the car and shows the company’s commitment to offer advanced in-car connectivity services and features to a widening range of vehicle owners.

Recent studies indicate 46 percent of adult smartphone users have apps on their phones and 36 percent of those admit to using those apps while commuting.

Mustang owners have historically shown a strong desire for connectivity in the car, with nearly 75 percent of Mustang buyers opting for the SYNC system at purchase. And for those who also opt for the Voice-Activated Navigation System, AppLink will integrate app access and control through the system’s 8-inch touch screen.

“Our Voice-Activated Navigation System integration allows us to enrich the AppLink experience even further, giving customers an industry-first combination of voice control and touch-screen access to the apps stored on their mobile phones,” said Julius Marchwicki, Ford SYNC product manager.

Codeveloped with Ford, the Clarion Navigation System available on Mustang is loaded with a number of features and functions designed to provide customers a superior level of connectivity and information, including an extensive set of navigation tools as well as up-to-the-minute news about weather, traffic, fuel prices, movie listing and more through Sirius Travel Link™.

Cool infotainment features are also abundant with the Ford Navigation System, including HD Radio™ technology, a digital jukebox hard-drive that can store up to 2,400 songs and easy access and useful screen displays for SIRIUS XM Satellite Radio. And since the Navigation System is factory-installed, it also works seamlessly with SYNC.

The navigation screen menu for SYNC apps first lists available factory-installed system apps such as 911 Assist™, Vehicle Health Report and SYNC Services through Traffic, Directions and Information. Tap the menu subset for Mobile Applications, and the Navigation System touch screen will then list the current SYNC-enabled apps found on the SYNC-paired smartphone that are ready for launch by voice command.

AppLink is currently compatible with Android and BlackBerry devices, and with Apple iPhone coming in early 2011. Current availability of SYNC-enabled apps: