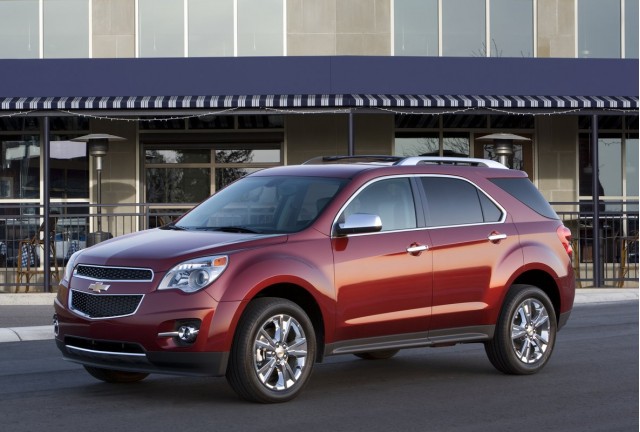 As far as segments are concerned, SUVs were the big story, with mid-size SUVs surging a ginormous 42.3%. (Most other SUVs were up, too, as were crossovers.)

When the talk turns to specific model lines, it's no surprise that the Ford F-series and Chevy Silverado were #1 and #2 on the sales charts, respectively, but they didn't see the most growth. That honor goes to the Hyundai Sonata (up 63.8%), the Jeep Grand Cherokee (up 68.2%), and the Chevy Equinox, which surged a staggering 74.1%.

Sadly, 2010 wasn't good for everyone, and several automakers saw significant fallbacks. Ending the year in negative territory were Volvo (down 12.2%) and Saab (down (37.3%), both of which suffered from public uncertainty about their fate as they were sold off from parent companies Ford and GM. (Saab also suffered from production and supply problems.) But worst of all may have been Suzuki, which saw sales plummet 38%, even as it launched its sporty new Kizashi sedan. Only Smart may have fared worse, but Daimler hasn't broken out figures on the brand just yet.

We should point out that Toyota saw a slight dip in sales, too -- down .4%, but given its huge volume (over 1.7 million units) and last year's unsavory recall fiasco, it's impressive that the company maintained as well as it did.

On the segment front, the only real losers were large cars (down .7%) and small SUVs (down .5%). As gas prices continue to rise (or threaten to do so), we're guessing the former will continue to slip, but the latter may recover.

Now that the dust has begun to settle, it appears that the U.S. auto market did see a rebound in 2010. Consumers were in the mood to shop (thanks in part to loosening credit restrictions), and as long as automakers weren't facing PR problems (as Toyota, Saab, and Volvo were), chances were good that they'd have folks in the showroom. In all, sales of cars and light trucks totaled 11,588,783 -- up an impressive 11.1% over 2009's 10,430,752. That's in keeping with projections about short- and mid-term recovery that Bengt discussed last week.

We'll keep an eye on these numbers as the real economists begin to weigh in. Stay tuned.