Good News: 7 Auto Trends And Headlines We Were Glad To See In 2010 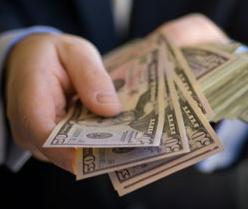 It's the end of another year—in this case, a year when we've slogged through countless recall updates, worrisome issues like driver distraction in the spotlight, and confirmed the demise of several major automotive brands, hundreds of dealerships, and overall, some of the worst-ever economic conditions.

That said, it's not worth dwelling on these. There's been a lot of good news, too. Page through the following and celebrate some of the positive headlines of 2010: 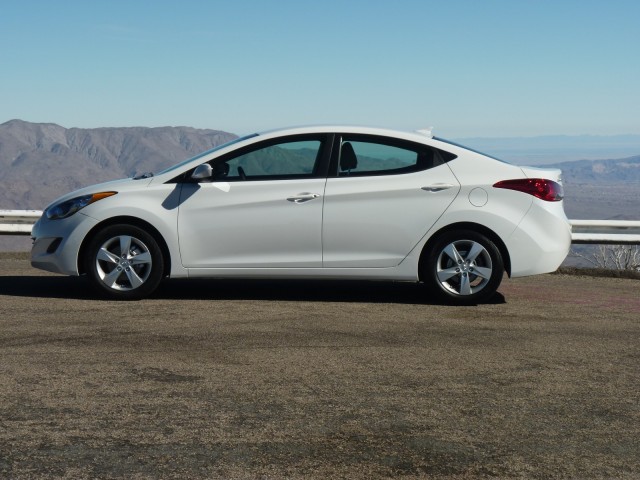 40 mpg. Through the 2010 model year, there still weren't any non-hybrid gasoline-powered vehicles that reached the 40-mpg mark. That's all changed for 2011, with the addition of the 2011 Ford Fiesta, which hits 40 mpg when specially equipped, and the 2011 Chevrolet Cruze Eco, which earns a 42-mpg highway rating. Then Hyundai pulled a coup, with its entire 2011 Hyundai Elantra lineup carrying a 40-mpg EPA highway rating. But with 40 mpg expected from some 2012 Ford Focus models, Hyundai's Veloster sporty compact, and probably several other models, expect to recalibrate what you think of as fuel-efficient. The news was good all around, though, with mileage mattering even in muscle machines like the 31-mpg Ford Mustang. 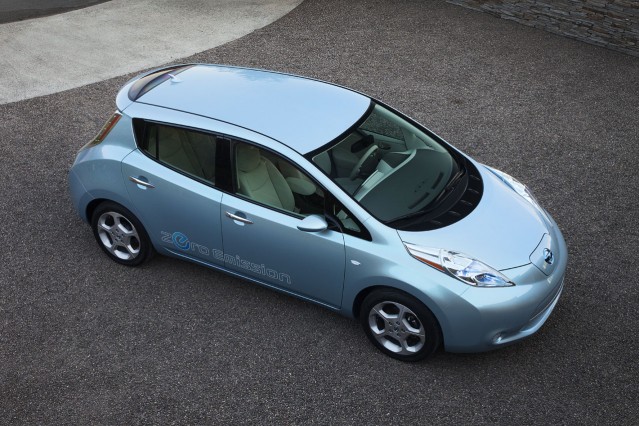 Electric cars make it to production. All-electric cars—of the sort that are fully highway-legal, plug in, carry no internal combustion engine, and have no gas tank—made it to production for the first time just as 2010 wrapped up. Although there was some ceremony worth noting in the first deliveries of the Nissan Leaf—including those that we covered in San Francisco and Portland—very few Leafs have actually been made thus far. What makes the Leaf's production start such a milepost in the automotive world is Nissan's grand plans for this electric car: CEO Carlos Ghosn is betting the company's future on the powertrain tech in the Leaf and hopes to build—between Nissan, Infiniti, and Renault—half a million EVs yearly by 2013. 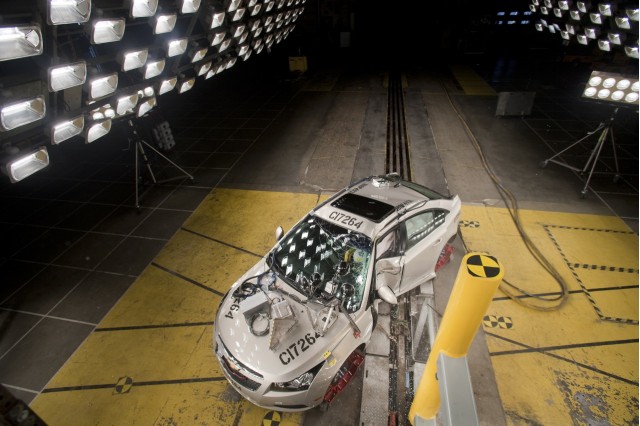 Tougher safety ratings. Thanks to tougher crash-test requirements from both the insurance-supported IIHS and the federal government (run through NHTSA), it's become much easier over the past year to separate the merely safe from the safest. The new IIHS roof-strength tests have helped sort out vehicles that might not protect as well in the event of a rollover, while recalibrated NHTSA testing—including a new side pole test—and a much tougher federal ratings system has already helped provide much better differentiation for shoppers. 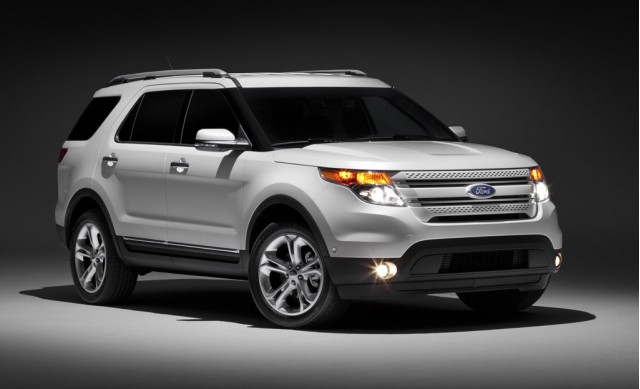 New commitments to Made In America. Ford is building the new Explorer in Chicago and the Focus in the Detroit area, and it's slated the Ford Escape's replacement for a renovated St. Louis plant. GM ramped up production of its Cruze compact sedan outside Cleveland this past year, and the company is going to start building its upcoming Chevrolet Sonic (Aveo replacement) in suburban Detroit, not South Korea. But the Korean brands have upped their U.S. production in the past year, too, with Hyundai beginning production of the 2011 Sonata in Alabama and the Kia Sorento and both the 2011 Hyundai Santa Fe and 2011 Kia Sorento made in Georgia. 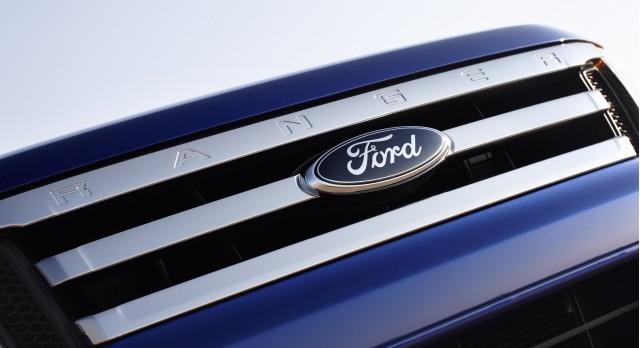 The rise of Hyundai and Kia, and Ford's surge to the top. Whether we're talking about resale values, reliability, quality, perceived quality, or any number of other qualifications, Hyundai and Kia are on the rise. And Ford's been doing a great job improving its products for many years in a row, so it was about time the consumer (and media) tide started to change. Looking at sales data and market share, Hyundai and Kia were deemed the most recession-proof, while just recently we reported that Honda and Ford lead in customer retention while Kia was most improved. There's no doubt Toyota lost some of its halo this year, but the recalls likely weren't entirely to blame. Take a look at excellent products like the 2011 Ford Explorer, 2011 Hyundai Sonata, and 2011 Kia Optima and you'll see why. 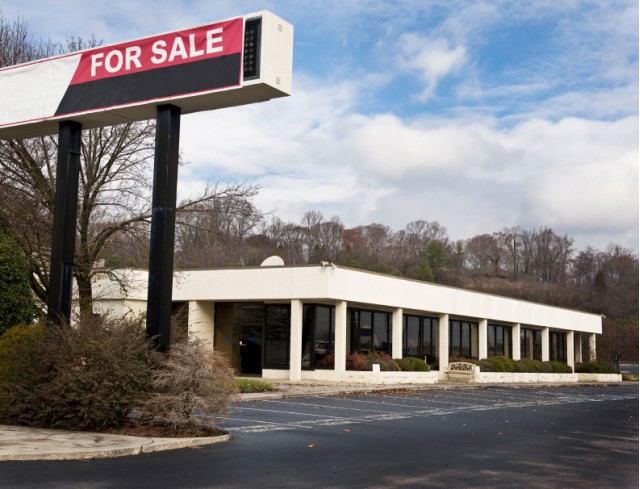 The beginning of a recovery. Looking back at the past year, cautiously optimistic headlines have prevailed with respect to auto sales. But by the end of the year it was a bit better than it sounds, with the auto market definitely finishing stronger than it started—and stronger than a number of analysts had predicted at the beginning of the year. But all year it had been tough to size up, with the market still very much out of whack at the beginning of the year due to the federal government's 2009 Cash for Clunkers program. And there were some persistent questions that lingered through the year: Such as, why weren't luxury-vehicle shoppers feeling the recession as much as family-car shoppers?

GM bounces back from the bailout, earlier than expected. The federal government's bailout of General Motors and Chrysler, saving them from bankruptcy in 2009, hasn't produced the headaches in 2010 that were feared. Rather, GM started making payments earlier than expected. What's more, New GM stock is up from its IPO levels and many analysts are bullish about the automaker. As for Chrysler, it's wait and see, but with Fiat there are big plans in the works.
Tags:
Fuel Economy recession sales 2012 Car Safety Electric Kia News Kia Sorento News Lists Recalls
2020
The Car Connection
See the winners »
2020
The Car Connection
See The Winner and Nominees »