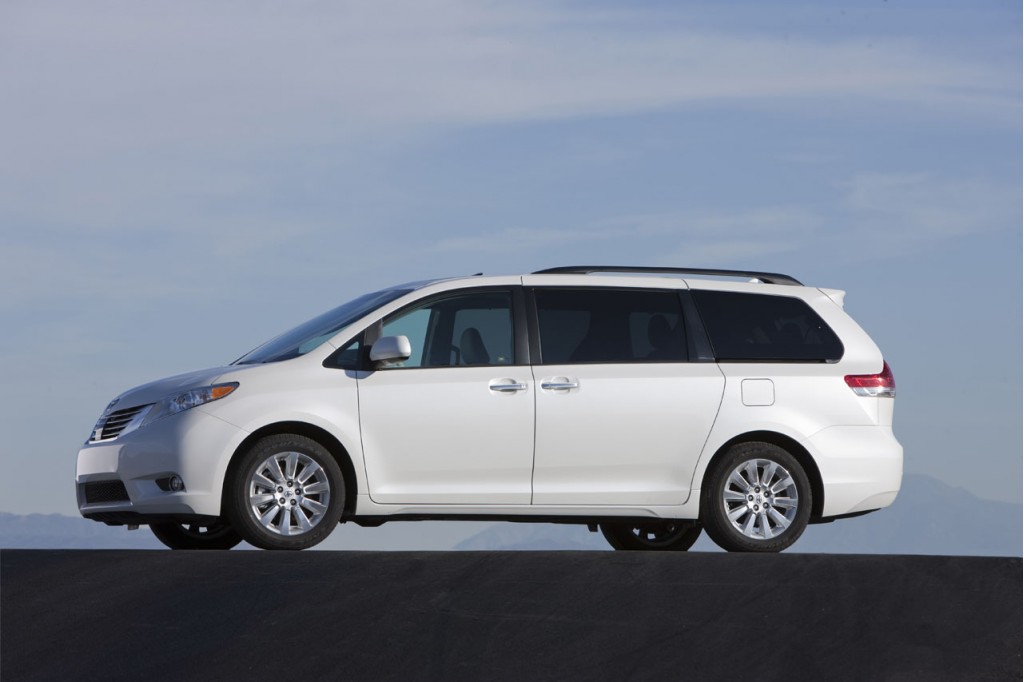 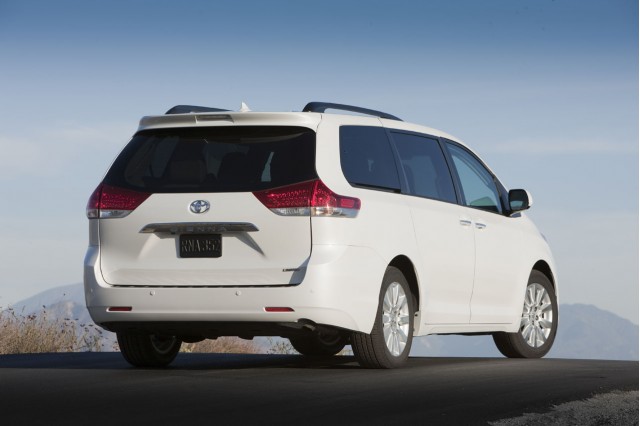 Toyota will be recalling about 94,000 model-year-2011 Sienna minivans, all produced before early November of this year, for a potential issue with a stop-lamp switch bracket.

According to Toyota, the bracket is close to the parking-brake pedal and could be nudged or deformed by the driver's foot due to normal parking-brake application, leading to the brake lights staying on or the brakes actually staying partially engaged.

Owners are instructed to keep watch for vibration or the brake warning light, and listen for brake noise, as they might signal the more severe issue and could lead to reduced braking ability.

Toyota says that there have not yet been any reports of accidents or injuries due to the issue in the 2011 Sienna.

Dealerships will replace the switch bracket with one of a new design. The recall effort won't be fully underway until February, though, when replacement parts become available; owners will get a first notice in first-class mail in mid-January, with another to follow in February.

The first contact will include advice on what to do if owners experience the condition and how to minimize the chances of the more severe issue and inadvertent brake engagement.