Video: General Motors Does The Robot, Dreams Of Moonwalking 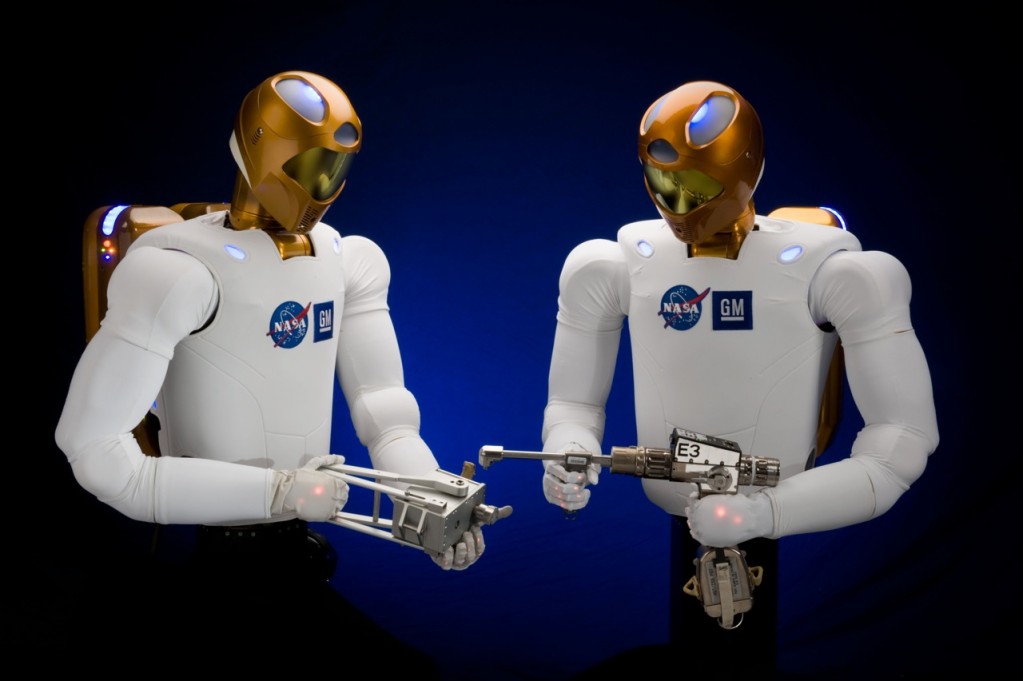 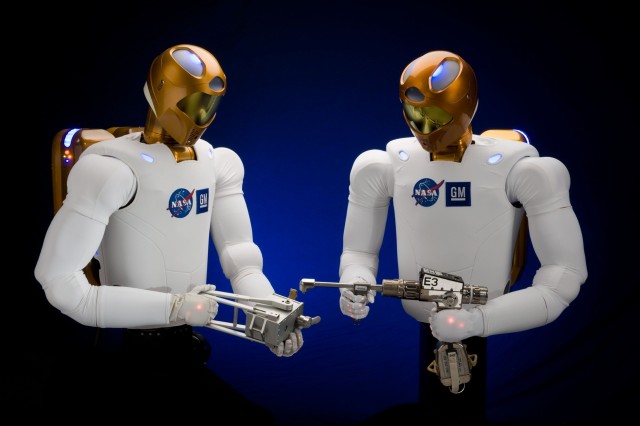 The words "General Motors" conjure up different images for different people. GM's fans think of Cadillac, Chevy (not Chevrolet), the Camaro, baseball, Detroit. Detractors think of HUMMER, Saab, bankruptcy, bailouts. But few people think of robots -- and yet, that's just what GM is working on these days.

Granted, GM's robotics program pales in comparison to its automaking activities. It's a side project, like Govt' Mule is to the Allman Brothers Band, or, less favorably, like Chris Gaines was to Garth Brooks. However, GM does hope that there's a future in it, and the company is working diligently to catch up with its competitors in the automotive/robotics fields like Honda and Toyota.

GM is quick to point out, though, that the robots it's developing aren't meant to replace workers on auto assembly lines; rather, they're designed to replace other robots by carrying out a range of tasks that today's more limited robots can't do. GM is also sending its robots into space.

Yes, the company's Robonaut 2 (aka "R2") is planning to make a trip into space next year. That only makes sense, since R2 is being developed in conjunction with NASA. The mostly anthropomorphic machine will help astronauts carry out tasks that would ordinarily require several humans to accomplish.

This news about R2 isn't especially new, but as the space mission approaches, it's generating significantly more press. Just yesterday, GM held a demonstration of R2's capabilities at the company's Warren Technical Center. And naturally, we have to wonder what the public thinks about such things.

On the one hand, we can imagine a lot of people complaining that robotics on this scale falls outside GM's business -- that the company should stick to making cars that people want to buy so it can avoid another bankruptcy fiasco down the line.

On the other hand, no company worth its salt can afford to sit on its duff and stick with the status quo. If a company's not evolving, it's dying. R2 offers GM the opportunity to develop some groundbreaking technology, like sensory systems that can determine the location of nearby objects; that sort of thing could come in awfully handy in GM's automaking efforts.

We tend to side with the latter viewpoint. Sure, that "wide net" approach can result in a lot of failures -- just look at the many tanked side-projects resulting from Google's "20%" program. Then again, look at Google's many wins (including some you might've missed). The key to success is veering off-course just enough to get new perspectives, but not so far that the company loses its way.

For those wanting to see R2 in action, here's a clip from yesterday's R2 demonstration, plus a longer overview of the R2 project.