Scion Makes Movies For Millennials, But Will They Help Sell Cars? 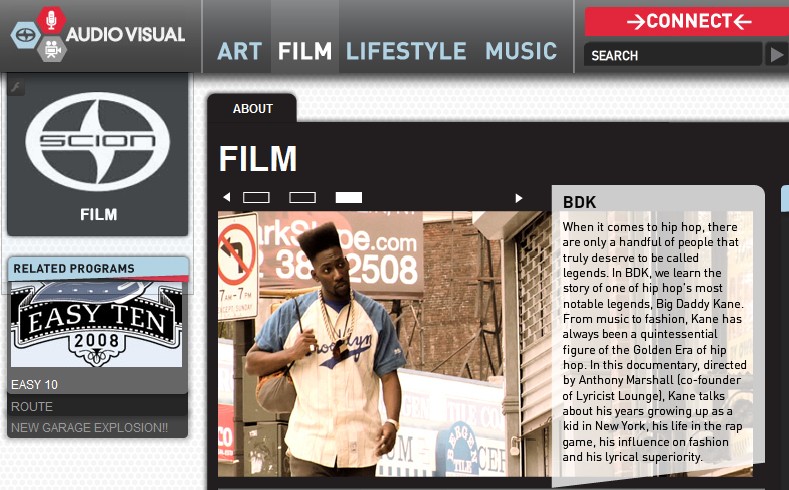 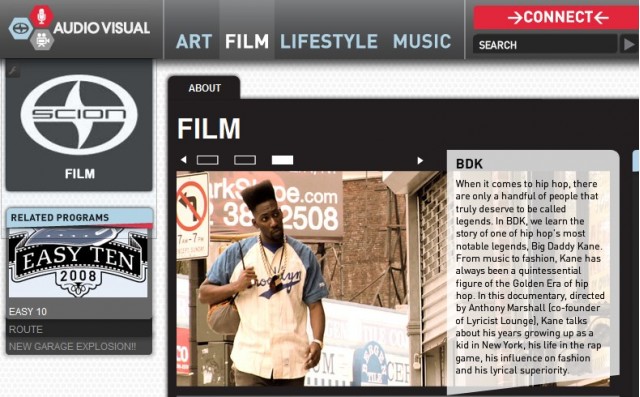 If you keep tabs on our parent site, TheCarConnection, you might remember the launch of Scion's AV website last December. ScionAV.com was envisioned as a sort of online magazine -- a way for the automaker to buff its brand by engaging Millennials on art, music, and lifestyle topics. Recently, Scion upped the ante, and the company is now actively backing new movies about contemporary culture.

The first of the Scion-backed films is called New Garage Explosion!!: In Love With These Times, a feature-length documentary about the garage rock scene. It's broken into three parts on ScionAV.com -- overviews of the history of the movement, the industry that supports it, and the future of garage -- and we have to say, it's very well done. (We'd love to share a clip with you here, but Scion decided not to make the clips embeddable: social media FAIL.)

Apart from that sharing stumble, there's a lot to like about this development -- for starters, Scion's willingness to invest in cultural projects.  It's one thing for an automaker like Volkswagen to sponsor screenings of existing films, but it's quite another for a company to put its money behind a new, as-yet-to-be-seen feature (especially one that isn't about cars). That's brave and laudable.

We also like the fact that Scion produced the flim in conjunction with Vice (kind of the Conde Nast of alternative media). That's a logical partnership, and one that could pay big dividends for Scion by deepening the brand's street cred with counterculture types.

Sadly, Scion really needs those dividends: the company's sales are down 26% so far in 2010, and that's on top of a whopping 49% drop in 2009. Scion pinned some of its hopes for recovery on the 2011 Scion tC, but it'll need more than that the tC to bounce back. We're not sure producing indie films will help the company's bottom line as much as developing new rides would -- but hey, at least they're fun to watch.