Kia Gets A Sleek New Storefront On eBay 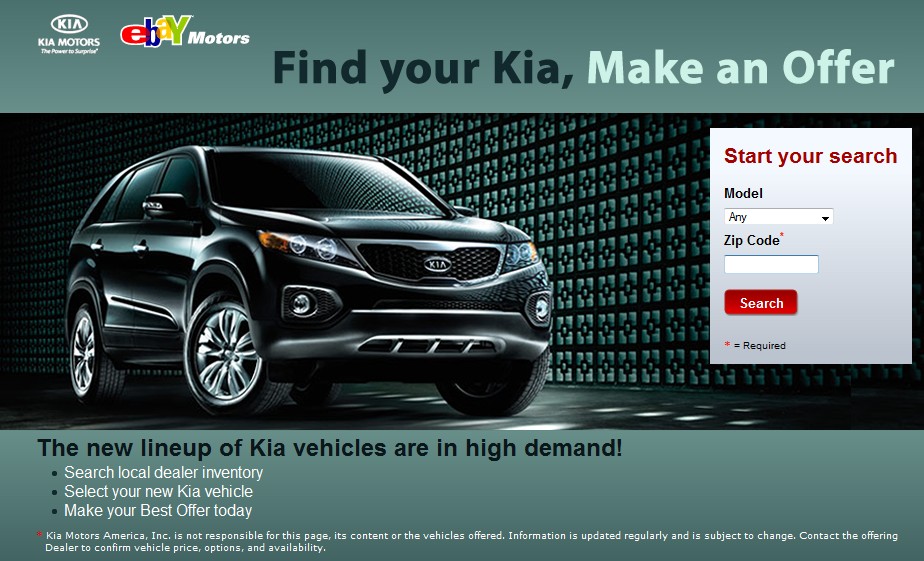 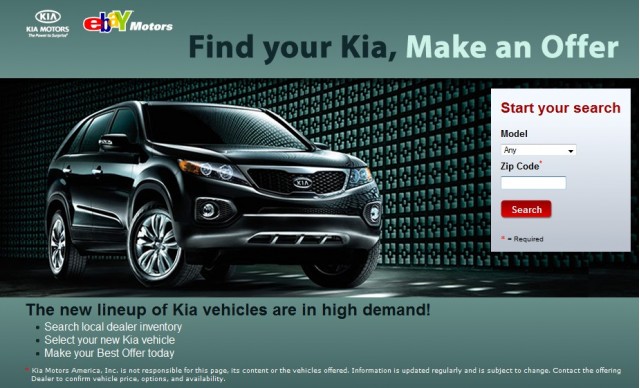 Remember when auction sites were the hot new thing? When eBay was groundbreaking? When authors around the globe made a pretty penny selling books and pamphlets and CD-ROMs (remember those?) showing you and your grandmother how to make a fortune selling your posessions online? Yeah, it's a distant memory for us, too.

Interest in auction sites has slowly eroded the past few years. That's because (a) the novelty of such sites has worn off, and (b) there are now competitors like Etsy, which offer more focused, targeted, shopping alternatives to eBay's virtual big box showplace.

But eBay Motors may be an exception. Unlike, say, the Dark Arts, cars speak to a broad, general audience, so a broad, general website like eBay is perfect for the job. And more importantly, the folks at eBay Motors are working hard to stay ahead of the game -- which is likely why the company partnered with Kia to create a very special brand portal right on eBay Motors.

Kia.eBay.com taps into one of eBay's most important features: its ability to locate nearby deals. Unlike Kia's primary website, Kia's eBay page won't allow you to customize your own vehicle -- heck, it doesn't even offer much info about the Kia lineup -- but for shoppers who know what they want, it provides a glimpse of the models available on local lots. And just like regular ol' eBay, buyers can make an offer on the car they like, below MSRP.

Of course, this isn't completely new territory -- in fact, it's a lot like the experiement General Motors ran last year. But unlike GM, Kia's in it for the long haul. And frankly, we love it.

We love that shoppers can haggle with dealers online, which can be simpler and less intimidating than doing so with a fast-talking salesperson. We also love that Kia has made it so easy for dealers to participate: dealers simply opt into the program, and the folks at Kia HQ handle the rest. Looks to us like a win for buyers and sellers alike -- which is what eBay is supposed to be, right?