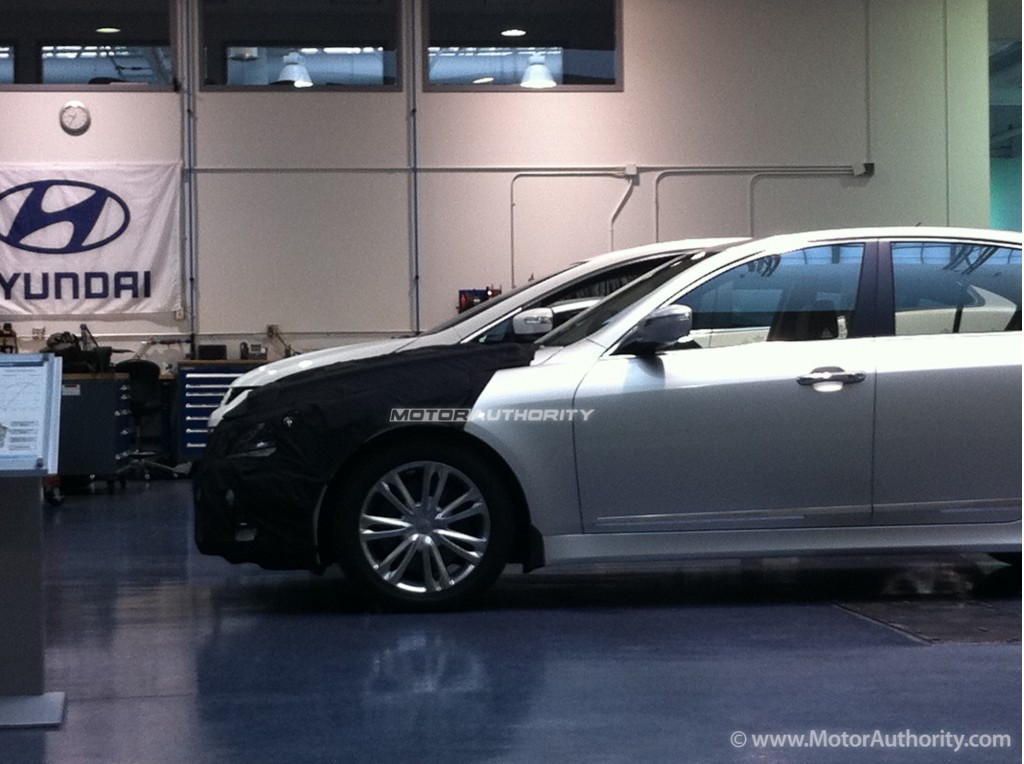 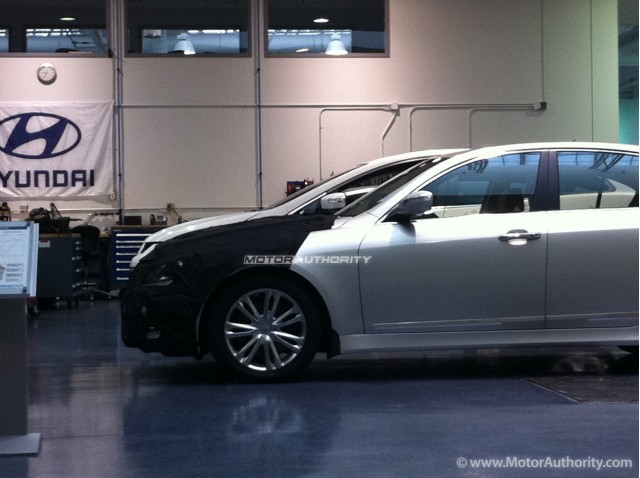 Today's Hyundai backgrounder is going nuts on social-media channels, maybe due in part to our 2012 Hyundai Genesis spy shot live from the event. [MotorAuthority]

Last night, Facebook hosted the online reveal of the 2011 Chevrolet Camaro Convertible--but you were probably too busy on Farmville to notice. Those crops still tasty, OCDers? [MotorAuthority]

It won't come as much surprise that the cheapest cars to insure are primarily family cars. Time to trade in the CTS-V on a Sedona? [FamilyCarGuide]

We're thinking ahead a little bit, maybe, but shouldn't you check a few maintenance items before the first big snowfall? Yes, you nod in agreement. You should. [AllCarAdvice]

Used cars don't always deserve their bad reputation: BMW wants you to think of those non-virgins as ladies, too. [AmazingCarAds]

The continuing saga of the flaming Tatas gets its inevitable sequel today, along with a modicum of shame. [TheCarConnection]