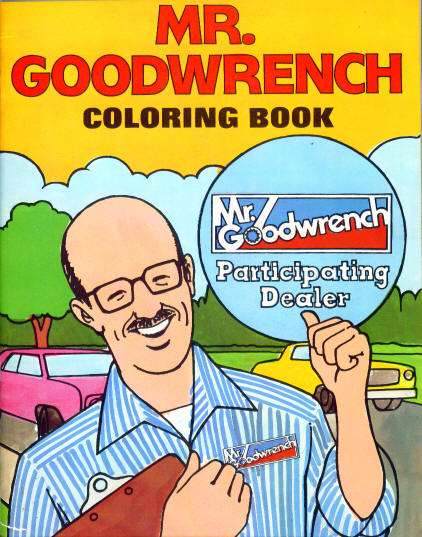 When General Motors introduced Mr. Goodwrench to the world in 1974, it was a bold marketing move. The friendly, nerdy guy sporting chunky, horn-rimmed glasses was GM's way of assuring millions of Buick, Cadillac, Chevrolet, GMC, Oldsmobile, and Pontiac owners that they had a place to turn for quality service. But now, some 36 years later, we've learned that Mr. Goodwrench is finally heading to the retirement village.

During Mr. Goodwrench's run, he served a number of purposes for GM, but two stand out. First, the Mr. Goodwrench program created a degree of consistency in the company's auto service, which helped improve customer experience and the public's image of GM. Second, Mr. Goodwrench furthered the idea of General Motors as a warm, loving, deeply connected family of brands.

Mr. Goodwrench's popularity has waxed and waned over the years, but he's never been totally shelved. So why cut him now? GM's head marketing honcho, Joel Ewanick, said quite straightforwardly that "This is another part of the effort to clear out brand clutter." Translation: General Motors' image has taken some big hits over the past two years, and with an IPO looming next week, it's important to distance the parent company from its four brands -- Buick, Cadillac, Chevrolet, and GMC.

Just for kicks, here's one of the many, many Goodwrench commercials that have aired over the past several decades -- this one featuring Mr. Stephen Colbert in the Mr. Goodwrench rebranding campaign that began in 2003. Happy Friday.