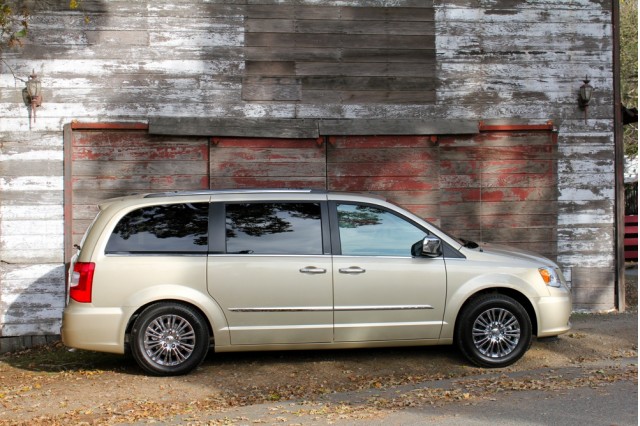 Today's minivans may be a smaller part of the automotive world than in the past decade, but the big family haulers are back in a big way for 2011.

For TheCarConnection's Best Car to Buy 2011 award, we've included nearly every minivan offered for sale in the U.S. for the new model year. It's no accident: this year, almost all the automakers competing for family dollars have refreshed or reinvented their minivans with new looks, new features or new powertrains--or all three.

The sole minivan not on TCC's list of nominees this year is the 2011 Kia Sedona, which itself gets a new powertrain and a new grille as it returns, minus its former Hyundai Entourage counterpart.

We've driven each of the new entries, save for one. The 2011 Nissan Quest goes on sale early next year, and while it qualifies on all other counts, our editors were not able to drive and road-test the Quest before our November 1 deadline. It's included among the nominees, with an asterisk, because of the Quest's traditionally high scores in TCC's numeric ratings--but unfortunately is not eligible to win.

Our road testers have sampled both Chrysler minivans, and are busy prepping first drive stories for those to go live on Monday, November 15.

Will any of these wagons elbow aside the fun hatchbacks, able sedans, or performance coupes on our list? High Gear Media will be handing out our Best Car to Buy 2011 awards next week, during the 2010 Los Angeles Auto Show media days. You can follow the build-up here at TheCarConnection, on our Facebook page, or via Twitter @CarConnection #BestCarToBuy.

Meanwhile, the minivan nominees, with our judges' notes:

2011 Dodge Grand Caravan: The companion piece to the Town & Country, the under-$30,000 Grand Caravan has all the features Chrysler's famous for, like stow-away second- and third-row seating, best-in-class entertainment options, even a fold-away picnic table. New this year: a much appreciated drivetrain with the Pentastar V-6, and better interior styling and materials.

2011 Nissan Quest*: The 2011 Quest is the first Nissan minivan in a generation to come from Japan; in the migration back home, the Quest strikes a more upright pose, and caters to the more luxury-minded minivan buyers. The Quest goes on sale early next year, but alas, wasn't available for test drives before our award deadlines.

2011 Toyota Sienna: In spirit--or at least in advertising--this new Sienna is a "swagger wagon." Though it doesn't alter any of its minivan basics, and doesn't include fold-away seats middle or back, the Sienna's newfound interest in things like steering and braking fuses nicely with business-class seating in the second row, and a wide, gorgeous 16-inch LCD screen for its optional entertainment system.