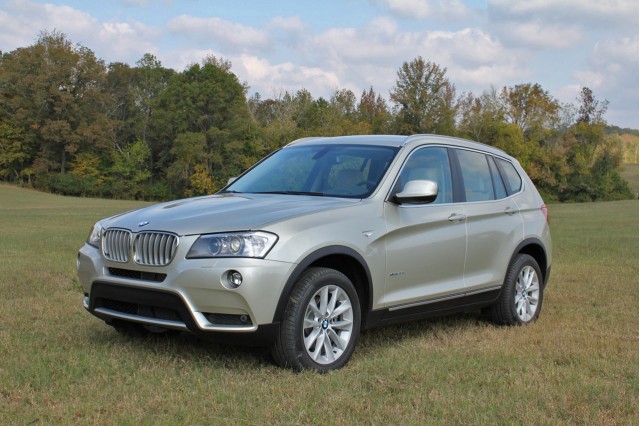 When SUVs truly ruled the American new-car roost, only a handful of names could be picked out of the best-seller list: Grand Cherokee, Explorer, and the outliers.

A decade or so later, it's crossovers that dominate the sales charts, and this year's list of nominees for TheCarConnection's Best Car to Buy 2011 award reflects the sea change in automakers' offerings, and in car shoppers' tastes.

Of the 40 new vehicles TheCarConnection has selected for our inaugural Best Car to Buy award, 11 are SUVs or crossovers. That means they have wagon body styles, available all-wheel drive, and a pinch or more of off-road capability, some much more than others.

This year's list includes many nameplates that weren't even on the market ten years ago--but it also includes two returning stalwarts of the SUV world, the Jeep Grand Cherokee and the Ford Explorer. The latter is purely a crossover this time around, spun off Ford's global family-car platforms; the Grand Cherokee is more of an SUV blend, with more rugged four-wheel drive setting the trail-blazing benchmark in this set.

We've included nearly every new SUV or crossover that abides by our rules. The list is composed of those vehicles new or heavily revised for the 2011 model year; those with a base price of less than $50,000 including destination charges; those made available for a full road test by our editors; and those which will be on sale by January 31, 2011, if not already on dealer lots.

Some of the entrants are still under a veil of silence. Come Monday, our first drives of the 2011 Dodge Durango and of the 2011 Dodge Journey will be live on TheCarConnection. We've driven the new Explorer, but a full road test awaits a mid-December news embargo.

Will any of these SUVs or crossovers trump the impressive green machines, minivans, sedans, or hatchbacks assembled for our 2011 honors? You'll find out soon, as High Gear Media will be handing out our Best Car to Buy 2011 awards next week, during the 2010 Los Angeles Auto Show media days.

You can follow the build-up here at TheCarConnection, on our Facebook page, or via Twitter @CarConnection #BestCarToBuy. In the meantime, the nominees from the batch of new crossovers and SUVs follows, with our judges' notes:

2011 Dodge Durango: A cousin to the Jeep Grand Cherokee, the seven-seat Durango is to the Benz GL-Class what the Jeep is to the M-Class.

2011 Dodge Journey: A gracious new interior spiffs up the compact Dodge crossover, along with a new V-6 powertrain and retuned handling.

2011 Ford Edge: A substantial refresh of the Edge implants SYNC and MyFord Touch technology in its cabin, to pixellating effect.

2011 Ford Explorer: An SUV titan of the past clears its sales-arrest record with crossover credentials and a leading dose of LCDs, Wifi and Bluetooth.

2011 Kia Sorento: Kia's first crack at a seven-passenger crossover is a resounding success, with all the value boxes checked and smart sheetmetal to boot.

2011 Kia Sportage: A bright replacement for a doddering sport-ute, the new Sportage walks the finest line between SUV cliches and hatchback pragmatism.

2011 Lincoln MKX: The high-grade companion to the Explorer wears its Lincoln wings up front, and gains its luxury bona fides with an elegant interior and Apple-inspired interfaces.

2011 MINI Cooper Countryman: A maxi MINI that's still small by SUV standards, the Countryman's a master communicator of the road ahead, and a packaging wonder.