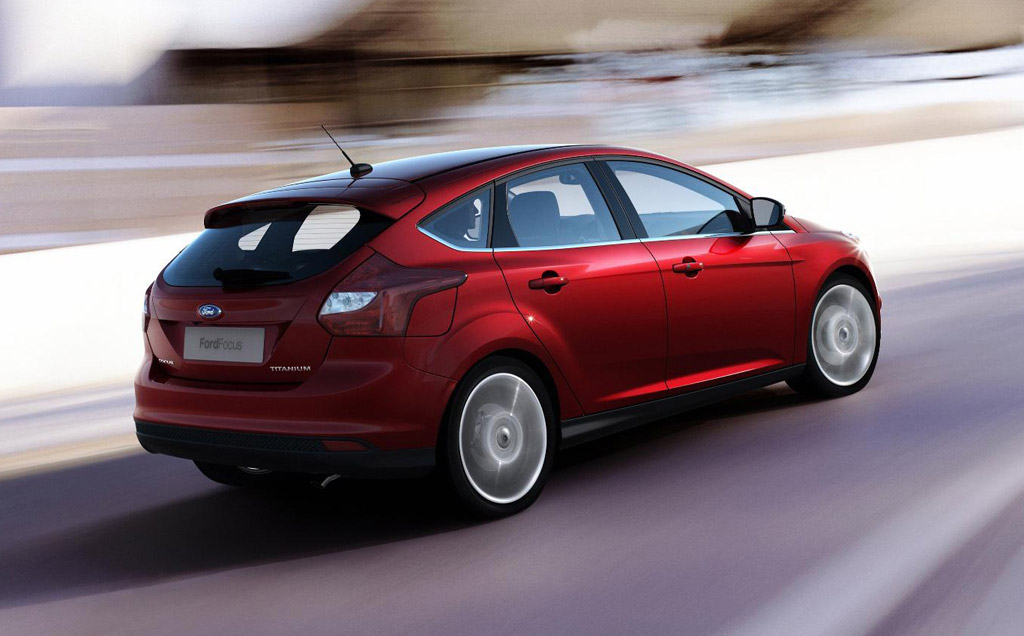 The 2012 Ford Focus might be one of the most eagerly awaited new small cars in a long while--particularly the 240-hp Focus ST--and Ford is upping the handling anticipation with the announcement of handling packages for the top two Focus trim lines.

The automaker says both the Focus SE and the Titanium models will be offered with a sport package with performance upgrades. On the SE, the Sport Package adds new 16-inch wheels, sport seats, rear disc brakes, a blacked-out grille and a five-speed manual gearbox. Four-door SE models also get a spoiler; those with the dual-clutch PowerShift transmission will have manual gear selection available through the shift lever, though steering-wheel paddles are still in the offing. The Sport versions will carry a 17-inch wheel option.

For the Titanium model, which comes out of the manufacturing box with a sport-tuned suspension, Ford will offer a Handling Package that upgrades to 18-inch wheels and summer performance tires.

All Focus versions, sedans and hatchbacks, will have electric power steering and a degree of torque-vectoring control, which means clever programming will be able to shift power between the front wheels to tighten cornering responses.

Ford promises shoppers that Focus pricing will go live on the Ford Web site this week, complete with a car-configurator tool. Sales of the new 2012 Focus won't begin until late spring, though.

For more on specifications, pricing, photos and related news, cruise over to our 2012 Ford Focus page.