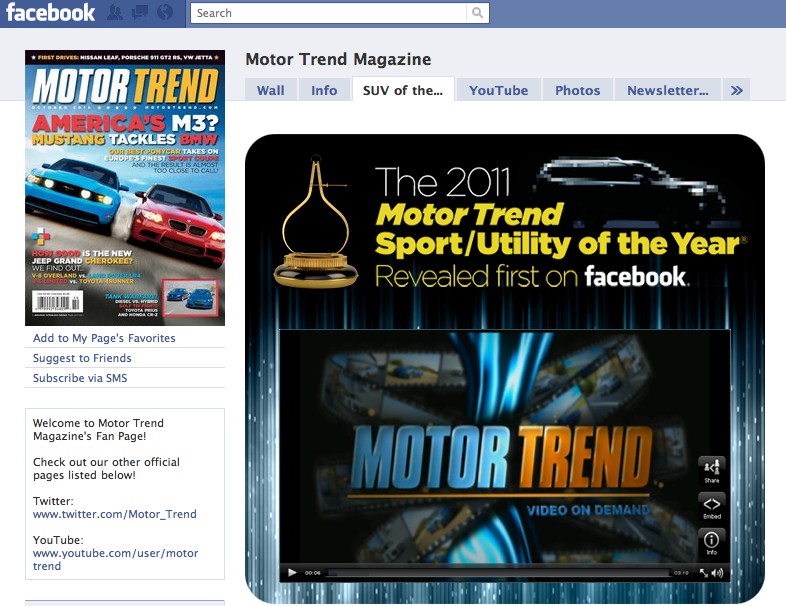 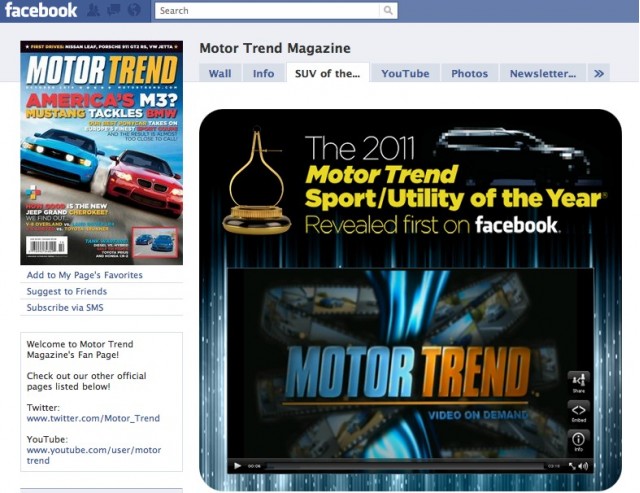 More and more automakers are moving to Facebook reveals and live announcements. Earlier this year we witnessed Ford reveal the new 2011 Ford Explorer on Facebook. Audi followed in these steps revealing the new A7 on Facebook.

Earlier today Motor Trend announced their award for 2011 Sport/Utility of the year. The winner of the golden caliper trophy? The all-new 2011 Porsche Cayenne. Despite the big win, that's not the real story, however

The story is how Motor Trend went about the reveal, announcing the award via Facebook. A custom Facebook tab features embedded video from Motor Trend's YouTube channel, offering Facebookers a video run-down of each category considered in naming the 2011 Cayenne the winner. The video features the Porsche Cayenne, along with a run down of each category that was considered in the decision and how the Cayenne scored in those categories.

Audi and Ford have taken similar routes in launching or revealing products on Facebook. Launching a vehicle on Facebook is very cost effective. Building a custom tab requires only the cost of a few hours of a web designer's time.

We think this is just the beginning of a trend. More and more companies will start to utilize Facebook to reveal new products to their fans live. This is a new age where you do not necessarily need to be press--or even present--to see the reveal live reveal. Welcome to the social media, age Motor Trend.