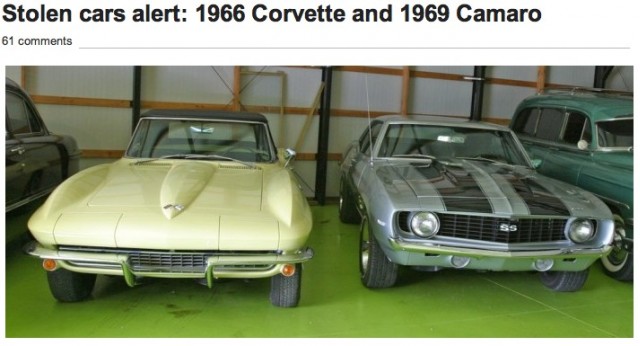 Social media has invaded our lives. Many of us live out loud through Facebook, Twitter, Flickr and YouTube, just to name a few. But living out loud can be dangerous. People know when you are not home. Some may know where you live. Most will know what you drive and even what you eat.

Like everything else, it is all fun and games until someones car gets stolen. We have a few documented cases of cars being stolen and social media being used to help recover them.

Over the weekend one of our freelance writers, Antony Ingram, had his car stolen. What did he do? Well naturally he reported the car to the police. He then turned to Twitter. Posting about the details of his car being stolen, such as when it was stolen (approx) and where from. He continued to update his followers throughout the ordeal. Once the car was recovered he continued to update his followers on what happened.

Last but not least is the 1991 Nissan Skyline GT-R. This was a case of a nice car being stolen from an enthusiast in Calgary, Alberta. The police reports where filed and the owner couldn't wait. The owner started posting on forums and Facebook. Within hours word started spreading around the web. A forum member on which the stolen car had been posted about, encountered the vehicle and person who stole the vehicle at the local mall. The forum member snapped a few pictures of the thief. The thief was then found on Facebook, utilizing those pictures taken by the forum member. The thief's Facebook profile divulged the thief's full name, address and where he worked (beware of your security settings on Facebook kids). Forums members drove to the persons house and boxed the car in until the police could arrive. Videos and pictures were taken of the police arresting the thief which then were posted to YouTube, Forums and Facebook. The car was returned to the rightful owner and justice prevailed.

Hemmings Blog posted about a 1966 Chevrolet Corvette and a 1969 Chevrolet Camaro that was stolen back in August. One of the blogs readers wrote in to Hemmings to make them aware of the situation. The two cars were stolen from a garage, in Arkansas in July. Hemmings asked their readers to contact the local police if they see the cars, or knew any information. Less then a week later the two gems had been recovered, though the Camaro suffered damage. By the time the cars were located, the story had made it to many major forums and blogs. The internet was on the prowl for the cars. Word had spread quickly.

Did our freelancer Antony actually recover his stolen car using Twitter? No actually it was the police detectives that found the car, but Twitter enabled him to have the support of his friends and followers throughout the ordeal. The above are just three small examples of how social media helped catch a car thief. The use of blogs, Twitter, Facebook and more is becoming essential to getting the word out. It is hard to think of a medium that could spread the word faster in this day and age. So remember, if your car is stolen, don't just wait on the police, turn to your hundreds of friends on social media and let them help you. The results may surprise you.