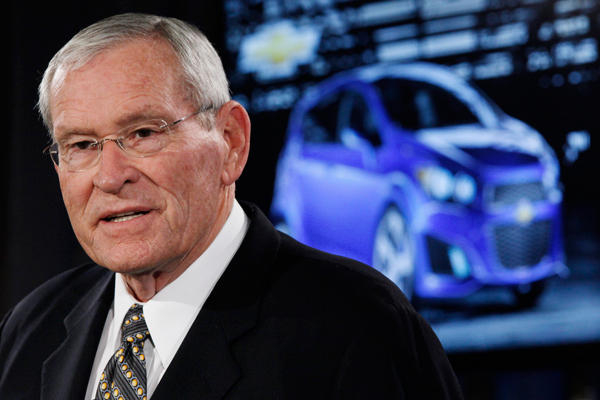 Many people probably missed Ed Whitacre's chatter about General Motors upcoming IPO. It happened smack in the middle of a very busy week, in the aftermath of "Voltgate". Heck, GM didn't even bother clarifying Whitacre's statements until Friday afternoon, when most sensible people were goofing around on Facebook and finding ways to look busy until the clock struck five. But those who caught it likely noticed that GM's chairman made a fairly substantial gaffe.

In a nutshell, Whitacre goofed by giving reporters an estimate of GM's stock price for its upcoming IPO. Specifically, he said, "It's a little too early to say, but it is going to be somewhere in the $20 range ... $20, $25, something like that would be my guess".

Ordinarily, that would be fine -- the public generally knows how a stock is going to be priced before the opening bell rings on IPO day -- but the Securities and Exchange Commission calls for what's termed a "quiet period" between the time that a company files its S-1 form (which starts the IPO ball rolling) and the SEC's approval of the offering. There are several reasons for the "quiet period", but key among them is the SEC's desire to keep the filing organization from affecting (read: inflating) the value of the new stock by driving up pre-launch demand.

GM filed its paperwork way back in August (if you'd like to read the S-1, go right ahead), but it's still in the "quiet period". So technically, the company isn't allowed to discuss details of the IPO.

So what's the big deal?

This may be a tempest in a teapot. According to Reuters, Whitacre made his comments "after a business event honoring him near his home in San Antonio" -- in other words, not at a GM event. Whether a high-profile chairman like Whitacre can ever fully remove his GM cap is another question, but technically, he could argue that he wasn't speaking in any official capacity. He might also point out that news of pricing has been circulating on the internet, indicating that GM shares would start in the $20 - $35 range.

GM, however, isn't taking any chances. The company issued a clarification to the SEC on Friday, insisting that the initial price of GM stock hasn't been determined, and in fact, the company can't even guess when that price will be set. We're not sure how the SEC feels about Whitacre's gaffe, but if they're going to make a squawk about it, we should hear some rumblings this week.

If all goes according to schedule, General Motors' IPO should launch in mid-November. That's not quite what the Democrats were hoping for -- they were hoping to point to images of a happy Whitacre on the day of the IPO to boost poll numbers in advance of the November 2 elections -- but it's better than nothing. It's also good news for GM and for the feds, whom GM still owes some $43 billion.