Study Says One In Five Likes To Facebook And Drive 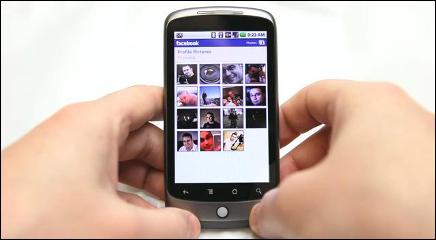 The last time we heard from the Royal Automobile Club, they were extolling the virtues of traveling by car, even if it meant sitting in traffic. Today, they've come out with news that's apt to be much less divisive and far more disturbing: according to a recent RAC survey, 21% of drivers in the U.K. access social networks like Facebook and Twitter while driving. Mobile apps spell trouble, too: music, email, and photos are all popular distractions for drivers.

Just as alarming, the study found that the number of drivers taking calls and sending text messages has tripled in just one year. In 2009, roughly 8% of drivers admitted to answering their mobile phones behind the wheel, while 11% said they sent text messages. Those numbers have now risen to 28% and 31%, respectively.

And one more bit of bad news: a whopping 53% of drivers say that when there's an incoming call, they'll look to see who's ringing, and 45% will do the same for text messages. Not surprisingly, those most likely to take their eyes off the road to do so fall in the 17-to-24 demographic. That wouldn't be so bad, except the RAC also discovered that on an average car trip (23 minutes), drivers are likely to receive at least one call or text.

So what's the answer?

As Bengt Halvorson has reported, the Insurance Institute for Highway Safety recently announced that anti-texting laws haven't reduced crashes at all -- and in some cases, they may have caused an increase in accidents. That would seem to indicate that both common sense and legislation have failed to fix the problem of distracted driving.

In the long run, maybe automated Google cars are the answer. (Heck, that's why they built 'em, right?) But in the short term, we'll probably have to rely on driver education and product developments from car companies and telematics developers. Oprah has shown that she's willing to take on the former, and products like Ford Sync show promise at addressing the latter.

It's important to remember, though, that even hands-free calls are distracting for drivers. In some environments, human beings are pretty good at multitasking, but behind the wheel isn't one of them.