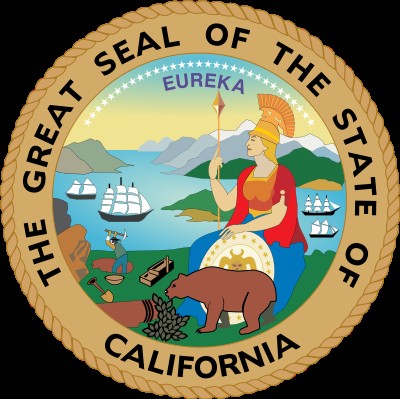 LOS ANGELES, California, October 8, 2016 -- It's been a whirlwind six years since California Senate Bill 1449 was signed into law by then-Governor Arnold Schwarzenegger, followed soon after by passage of Proposition 19. In that brief time, California has undergone radical change. Not plunging, as the pundits feared, into moral, legal, and economic chaos, but rising instead into a golden age of friendly streets and courteous drivers.

Within weeks after S.B. 1449 became law, the California Treasury was on its way out of the red thanks to billions in increased tax revenues on expanded prescription marijuana sales. The number of road rage incidents each day fell precipitously. Interviewed on October 24, 2010, Officer Jason Sargeant said, "It's so weird. The last few weeks we've only had 2 calls for shots fired on the 405. One was a pickup backfiring. It's like everyone just chilled out all of a sudden."

It hasn't all been smooth sailing for Californians. Productivity is down across all sectors. Average high school and college test scores have dropped, as has per-capita income. Despite these negative indicators, however, most of California's service-based economy is soaring, particularly the movie, fast food, and video game industries.

By September 2011, the gas tax was halved to popular acclaim as the State recognized the people's 44 percent reduction in vehicle miles traveled (VMT) and the concomitant reduction in road repair costs and the state's carbon dioxide footprint. California now boasts both the largest number of car owners in the United States and the lowest carbon emissions. When asked why VMT had fallen so sharply, Transportation Secretary Nell Hartwood responded, "It seems many drivers are simply forgetting where they want to go by the time they find their keys."

California's legalization of marijuana garnered national attention. Initially politicians in many states, particularly those in the Midwest and South, issued dire predictions for the fate of California's social fabric. But after witnessing the first two years of decreased crime, increased revenue, and a more malleable body politic, even the reddest of states were on board.

"California sets a model for what the rest of the country should be doing to protect our environment. Beyond that, it is a model for enhancing our national energy security by reducing dependence on foreign oil. Those states not legalizing marijuana have become a threat to not only our freedom, but to our very way of life," said Secretary of Defense Bloomhopple in February, 2013. After that speech, Congress took up the cause, and over the last two and a half years, has crafted a national solution. The bill to federally legalize marijuana, commonly known as the Puff And Take Responsibility In Our Times Act, or the New PATRIOT Act, is expected to arrive on the President's desk within the week.

When we look back on this six-year period of California's history 30, 50, or 100 years from now, will we in fact be looking at a turning point for the nation? A nation of happier, slower-paced, more ecologically efficient, and domestically tranquil citizens? From the six-year vantage point, it certainly looks that way.