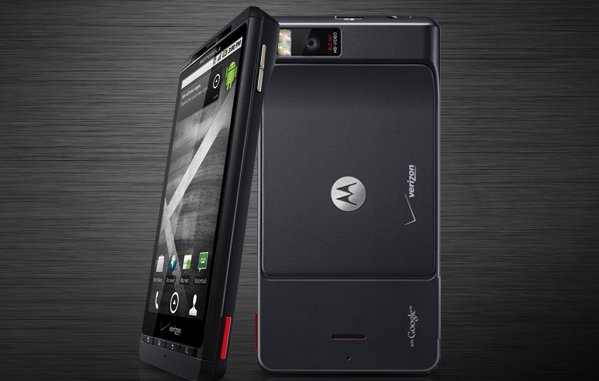 As many of you read, we had a ton of gear in the Chevrolet Camaro SS. Much of that gear was electronics. Going into the rally we knew that both Nelson and I were on AT&T with our personal phones. Looking at the map of the Fireball Run we questioned if AT&T was going to cut it. The answer was maybe.

Cutting through the doubt, Verizon Wireless stepped up to the plate and provided us with their new Motorola DroidX. The DroidX is Verizon's newest flagship Android phone, featuring hotspot capabilities and all the other various Android goodies. The 8 megapixel camera that takes HD video is also quite useful. But this isn't a sales pitch. It is a wrap up of how the DroidX helped us through the Fireball Run.

Android as a whole has fantastic navigation capabilities built right in for free. We had a Magellan GPS unit in the car but from the get-go it was clear that Google Maps turn by turn navigation on the DroidX was far superior. The DroidX instantly became our main GPS unit for the Fireball Run. The tight integration between the turn by turn and google search was unmatched by anything else.

We also used the hotspot feature quite a few times. The first day at the Las Vegas Motor Speedway we hooked my MacBook Pro to the hotspot on the DroidX to upload videos to YouTube taken on a flip cam. It was quick and seamless over Verizon's 3G data connection. When we were in one of the cities the hotel had internet that could at best pass for 56k dial up. I just opened up the hotspot app on the DroidX and had an instant 3G wireless connection.

Last but not least, my iPhone4. AT&T has fast 3G but not very wide spread 3G. Many of the cities (read most) did not have 3G on AT&T. So when I needed Internet on my personal iPhone4, and I needed it quick....I turned to the DroidX hotspot feature. Yes, I hooked my iPhone4 up wirelessly to Verizon's 3G network using the DroidX's hotspot app. Ironic? Definitely. Useful? Absolutely!

It is also worth noting that the actual Fireball Run organizers were using DroidX's as their main data connection. When we were checking in each day they were using the hotspot feature to get internet on their laptops to enter the scores.